Project Speed, to be chaired by chancellor, will be announced tomorrow

A taskforce designed to fast-track major building projects across the country to help the UK’s post-covid recovery is set to be announced by the prime minister tomorrow. 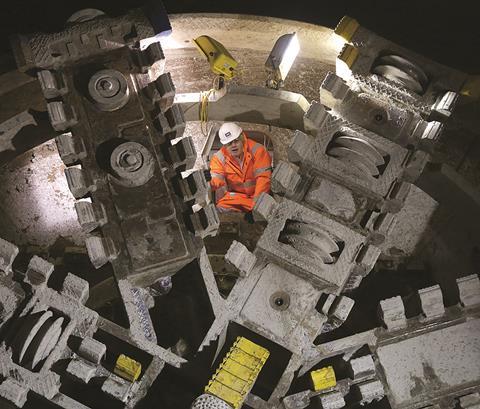 The task force will be chaired by chancellor Rishi Sunak and is said to have been inspired by the pace at which the NHS Nightingale hospitals were created across the country during the height of the coronavirus pandemic. These were designed by architects including BDP and Keppie.

The body will work its way through the major infrastructure projects in the pipeline and look to iron out any inefficiencies which could hold up their delivery and get them moving.

Johnson told the Mail on Sunday: “[Covid-19] has been a huge, huge shock to the country but we’re going to bounce back very well. We want to build our way back to health.”

A Downing Street spokesperson added: “Infrastructure has the power to rebuild and repair our country – and we will do it better, faster and more strategically than before.

“The coronavirus response has shown that it doesn’t have to take years to get essential projects off the ground – the Nightingale hospitals and ventilator challenge were up and running in a matter of weeks.”

The government hopes a building boom will boost jobs and improve connectivity as it looks to drive an economic recovery after the pandemic.

Mark Reynolds, chief executive of contratcor Mace, welcomed the plans saying: “The prime minister has set out the grand scale of his ambitions and it is clear that we have a huge opportunity.

“It is vital that we do everything we can to ensure this promised historic wave of investment will actually deliver the economic growth we so desperately need. That means we must prioritise innovative, offsite and low-carbon construction solutions – and it means targeting the creation of sustainable jobs and social value in the places where they are needed most.”

Speaking about the £37bn National Infrastructure and Construction Procurement Pipeline, announced earlier this month, Construction Leadership Council chair Andy Mitchell said the government had to take the lead in helping the industry cope with the havoc caused by the pandemic which has already seen thousands of jobs cut as work slows down.

He added: “As the largest single client of economic and social infrastructure, a strong and clear pipeline of work from government is vital to generating confidence and certainty.”

Yesterday, the Observer reported that new House of Commons Library analysis suggested unemployment levels could hit numbers not seen since the 1980s, outstripping the peak of 3.3 million recorded in 1984 under Margaret Thatcher’s reign.