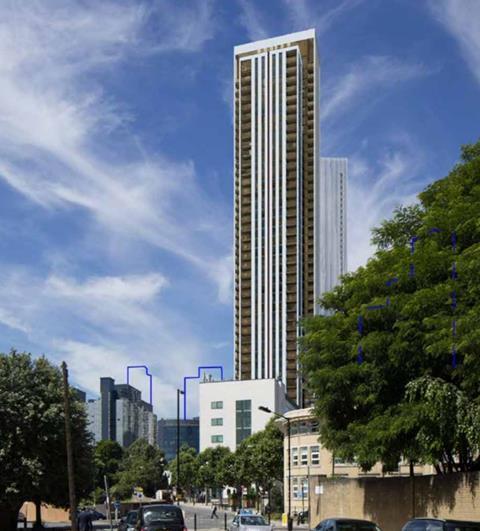 Plans to add seven storeys to a residential Docklands tower designed by Make have been deferred by Tower Hamlets council.

Developer Chalegrove Properties wants to add 22m to the existing 48-storey scheme, which is currently under construction at 225 Marsh Wall on the Isle of Dogs.

The extension would bring the tower to 185m and 56 storeys, with the extra space housing 58 additional homes.

But a decision on the scheme was delayed last week because of concerns over waste management and a shortage of cycle spaces. 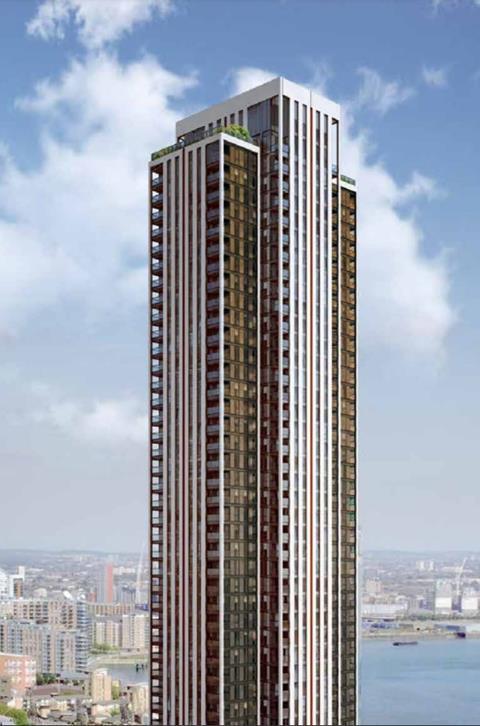 An impasse of four votes in favour and four votes against was broken by the strategic development committee chair with a deciding vote in favour of deferral.

The plans had been recommended for refusal by a council planning officer, who said the height of the scheme would be detrimental to the townscape and the Canary Wharf skyline.

The officer added that the proposal failed to provide a policy-compliant level of cycle storage spaces and that there would be a “significant shortfall” for future residents, while its waste management and collection methods were also deemed “not appropriate for a building of this scale”. 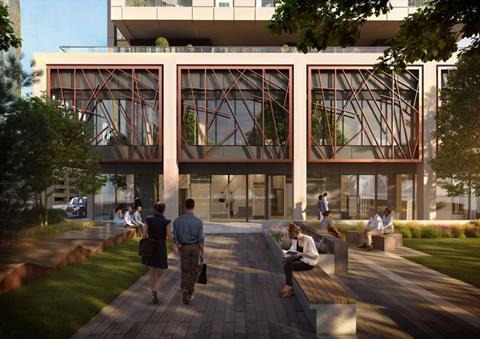 The existing consent is currently under construction

The officer said Chalegrove had not addressed the council’s waste management policies and had instead “aimed to retrofit the building from the extant consent whilst adding the impact from the additional residential units”.

The next meeting of the committee is on 8 June. 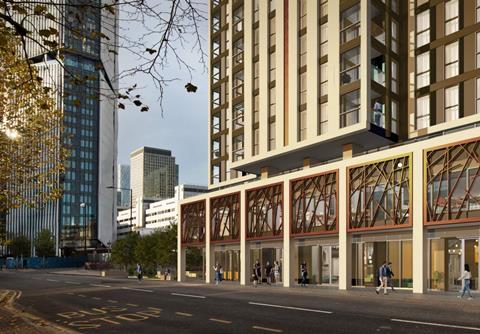