Group says demolition of Bloomsbury landmark would generate 64,000 tonnes of emissions over 60 years 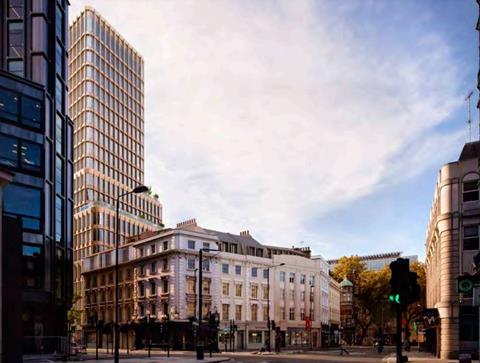 Opponents of DSDHA-designed proposals to redevelop the site of a disused hotel in Bloomsbury with a much taller tower claim the project team has used carbon-cost figures that “grossly misrepresent” reality in its planning application, an accusation the developer refutes.

DSDHA’s mixed-use proposals for LabTech, would replace Selkirk House – once the head office of Trusthouse Forte and more recently a Travelodge – with a 21-storey office block that also features apartments on its highest levels.

The scheme, named One Museum Street, was lodged for planning with Camden council in the summer. It also involves the redevelopment of an NCP car park, the introduction of a range of new buildings in West Central Street and Vine Lane and the extension of other buildings.

Historic England took aim at the proposals in August, arguing that the tower would have a “major, harmful impact” on the nearby Bloomsbury Conservation Area and “exacerbate the incongruous backdrop” already created by the 1960s Selkirk House. 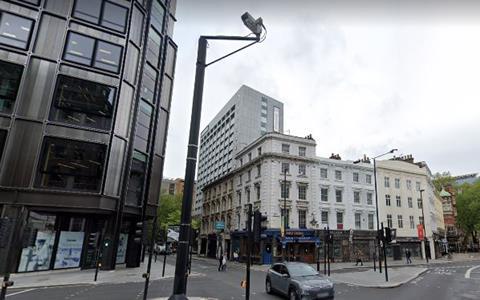 Selkirk House on Museum Street, in central London, which would be demolished to make way for a new scheme by DSDHA

Targeting Zero’s 16-page appraisal of the DSDHA’s proposals was created for Save Museum Street and Climate Emergency Camden. It calculates that demolishing Selkirk House would result in “approximately 64,000 tonnes of unnecessary carbon emissions over the next 60 years” and generate a “significant amount” of unnecessary waste.

The report says approving the scheme would be at odds with Camden council, Greater London Authority and nationalwide policies on the reduction of carbon emissions. It also alleges that the Whole Life Carbon Assessment supporting the proposals contains “a number of errors” that give an “incorrect impression of the carbon impacts of the proposed scheme”.

Targeting Zero said the errors included a “fundamental misunderstanding” of the difference between product life and material life, along with assumptions about the potential for recycling glass and bricks. The report added that the Whole Life Carbon Assessment for the DSDHA scheme appeared to “significantly underestimate” the carbon cost of replacing elements of the tower over its presumed 60-year lifespan, reducing the overall carbon-cost figures in the process.

It said any corrections to the Whole Life Carbon Assessment figures should be verified by a third party to ensure they were accurate. 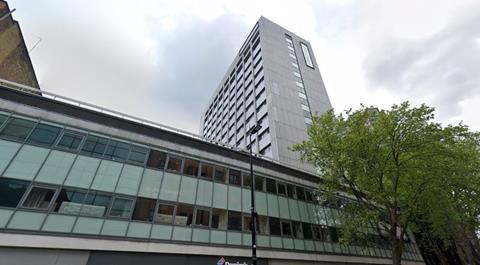 Targeting Zero said LabTech’s application also included a review of the reuse potential of the current building that “appears to be designed to specifically rule out retrofit as an option” to ensure the proposed demolition and redevelopment proceeds.

Save Museum Street and Climate Emergency Camden said the report had found LabTech “grossly misrepresented the carbon costs in making the case for demolition and rebuilding rather than retrofitting the existing building”.

“LabTech’s proposed over-development of this sensitive site would contribute significantly to climate change,” they said.

“The Targeting Zero report explains that Retro-fit would be a more sustainable way forward. The failure of the planners of both Camden council and the Greater London Authority to make clear to LabTech that a retrofit approach should be adopted, is reprehensible and the lack of any political direction by both authorities with this regard is lamentable.” 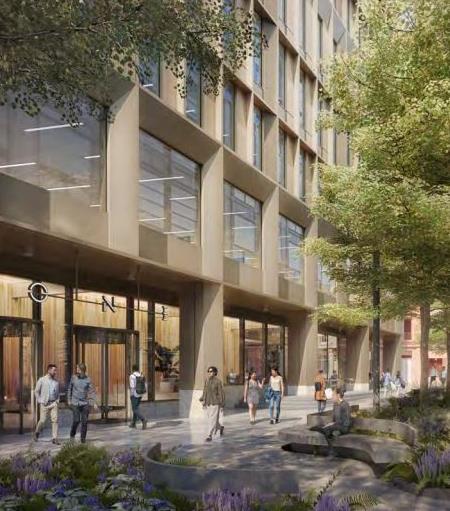 LabTech said the Whole Life Carbon Assessment for One Museum Street has been calculated using GLA methodology, as required by the New London Plan and Camden policy, and that the results were a “direct output” of the assessment criteria set by the GLA.

The business added: “A Circular Economy Strategy has been developed for the project and submitted to the GLA and Camden through a Circular Economy Statement. The strategy identifies the approaches and measures used to ensure demolition materials will be reused, repurposed or recycled as far as possible and that materials are kept in a circular economy thereby reducing the embodied carbon impact of the demolition when compared to materials going to landfill.

“The proposals for One Museum Street are compliant with the New London Plan definition of Net Zero Carbon and a CO2 emissions assessment was carried out using Building Regulations Part L compliance modelling software, in line with New London Plan and Camden requirements.”

LabTech said it had also voluntarily opted to adopt the London Energy Transformation Initiative’s (LETI) definition of net zero carbon for the Museum Street office building; the largest building on the proposed development.

“The LETI Climate Emergency Design Guide for new buildings has been used to inform design proposals and help to understand the projected operational energy of it once in use,” it said.

Camden council has yet to set a determination date for the One Museum Street proposals.