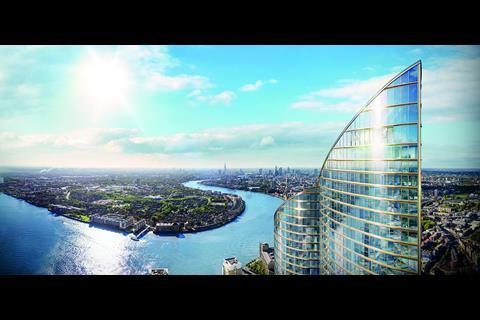 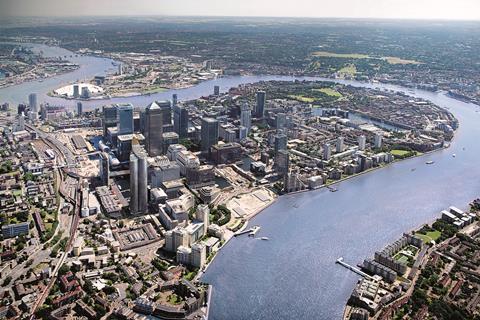 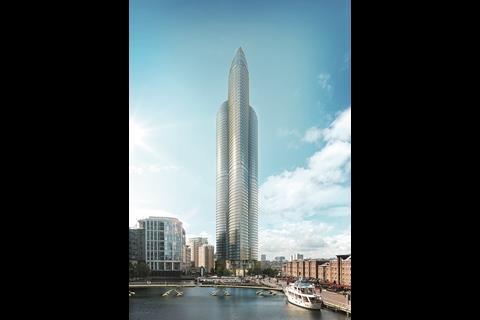 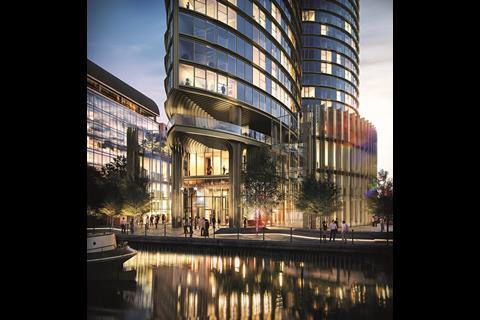 The Chinese developer behind HOK’s 67-storey residential tower in London’s Docklands has named its construction partner for the £800 million project.

Greenland Group said Aecom would be responsible for the 861 home “Spire” skyscraper at West India Dock, near Canary Wharf.

The confirmation of Aecom as construction partner comes amid renewed debate over the capital’s tall buildings pipeline.

Architect Eric Parry – whose practice is responsible for London’s tallest pending tower, the 73-storey 1 Undershaft in the City – said London’s skyline was being “trashed” by a lack of overall vision. He called on London Mayor Sadiq Khan to “get his act together” on city-wide planning and scrutiny.

Scheduled for completion in the final quarter of 2020, the Spire was designed by Larry Malcic and Christopher Colosimo from HOK and interior designer Nicola Fontanella of Argent Design.

In addition to its apartments, the building will also feature a residents’ garden, along with a private members’ club incorporating a health club, gym, spa and swimming pool.

Residents will also be provided with a private library, cinema, bar and dining club. 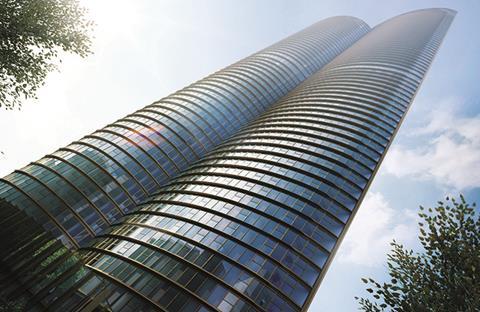