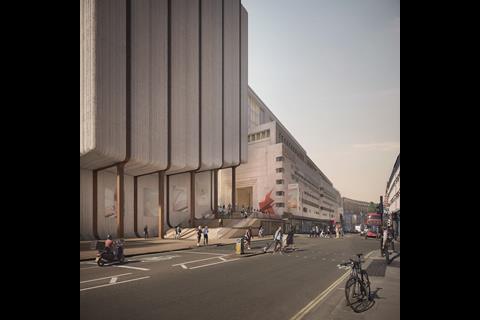 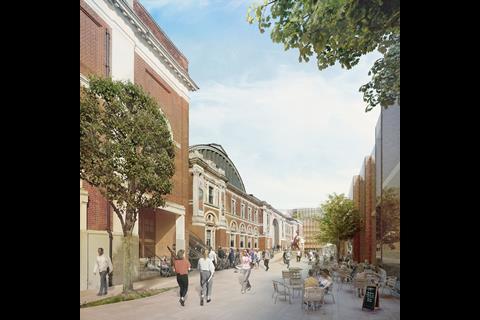 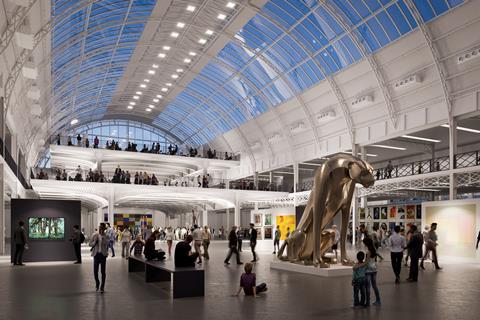 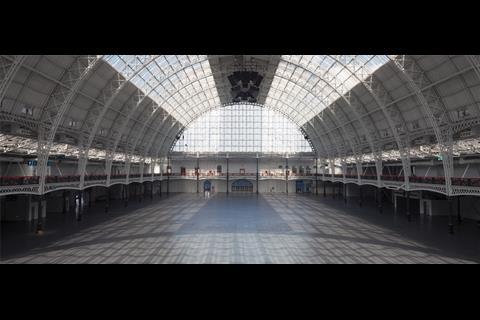 Heatherwick Studio’s £700m proposals to add swathes of new office, hotel and leisure space to Olympia, the listed west London exhibition centre, have been put out to public consultation.

The practice, working with Spparc, was last year appointed to explore ways to improve the 6ha venue and transform it into a “world-leading arts, entertainment, exhibition and experiential district”. It is west London’s main exhibition and events space since the demolition of Earl’s Court.

Now venue owners Deutsche Finance and Yoo Capital have revealed the practices’ proposals for a huge expansion designed to add 56,000sq m of creative offices and studios, 5,100sq m of co-working space and a similar amount of new theatre and performing-arts space.

Deutsche and Yoo also plan to introduce new restaurants, hotels and cinemas to the site. 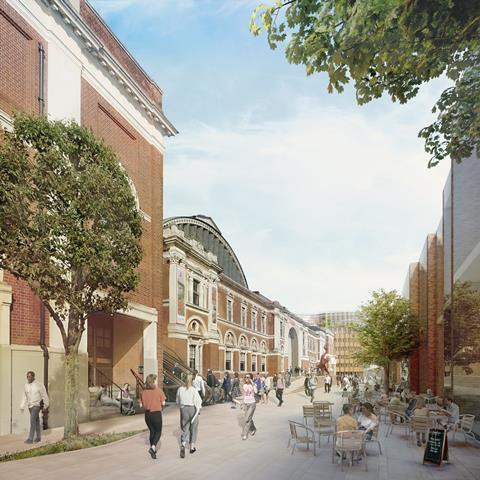 View of Heatherwick Studio and Spparc’s proposals for Olympia Way

Yoo chairman John Hitchcox said he considered the business and Deutsche to be “caretakers of Olympia London” and said the firms were “investing to protect this iconic site and promote it on the global stage as a world-leading destination for the creative industries”.

“These proposals reflect consultations and discussions with our community to ensure we create an exciting and inspirational venue with unparalleled facilities,” he said. 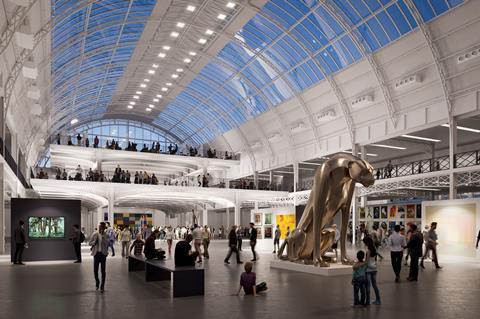 Olympia London’s Grand Hall and Pillar Hall are grade II* listed. Other parts of the complex were awarded grade II listed status in May this year, in recognition of their distinctive classical detailing, cultural impact and their place in the history of modern British architecture.

Deutsche and Yoo said their proposals would be on display at the venue ahead of the submission of a formal planning application in September.