Work on Taberner House to start later this year

AHMM has been given the green light for a new residential scheme on the site of Croydon council’s former headquarters.

The firm was drafted in to replace Make after Ken Shuttleworth’s practice originally won planning for Taberner House, a 1960s office block which has since been demolished, nearly three years ago.

The latest plans by developer Hub now feature 514 homes across four buildings for sale and rent. Just over one third of the homes will be delivered at a subsidised level. 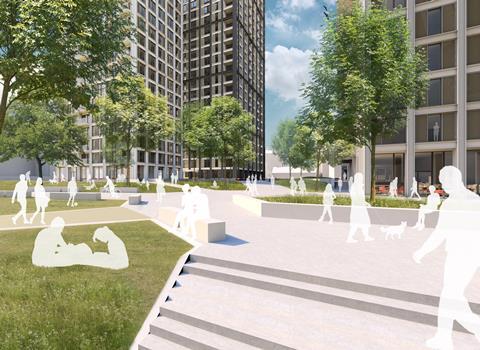 Work will include revamping nearby Queen’s Gardens

The tallest block will be 35 storeys with the remainder coming in at 21, 19 and 13 storeys. The scheme will also include 1,200 sq m of retail and commercial space.

The developer is being backed by investor Bridges Fund Management. Landscape architect Grant Associates will now carry out work on the nearby Queen’s Gardens.

Under the Make plan, 420 homes would have been built across five blocks at the site for the council’s own development arm but the company was replaced by Hub last summer which then brought in AHMM to work up designs.

Work is due to start later this year with completion set for 2021. 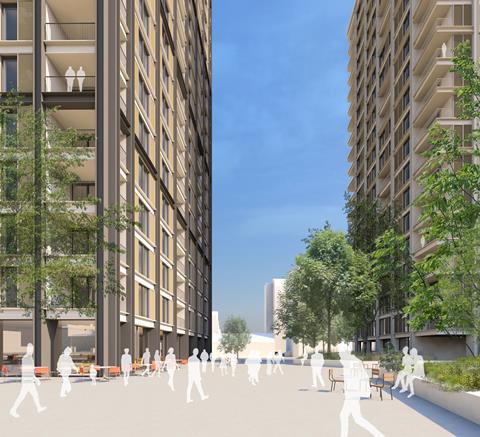 The scheme will also include retail and new public space