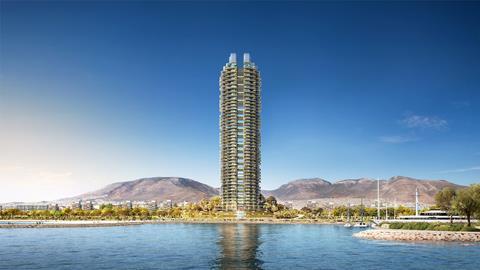 Foster & Partners has revealed its designs for what will be the tallest building in Greece.

The practice claimed the 200m Marina Tower would also be the first green high-rise in the country.

The 45-storey residential building will be built in a southern coastal suburb of Athens, part of a wider 300ha masterplan for the area that was once home to Ellinikon International Airport before it closed in 2001.

The €8bn development, which will see a number of neighbourhoods built in 200ha of parkland, has also been developed by Fosters which was appointed in 2013 by Lamda Development.

Marina Tower, which will contain 200 dual-aspect flats and green balconies, will be one of six high-rises in the district which incorporates the marina used for sailing events in the 2004 Olympics.

The country’s current tallest building is Vikelas Architects’ landmark Athens Tower which was completed in 1971 and just scrapes 103m with its mast. 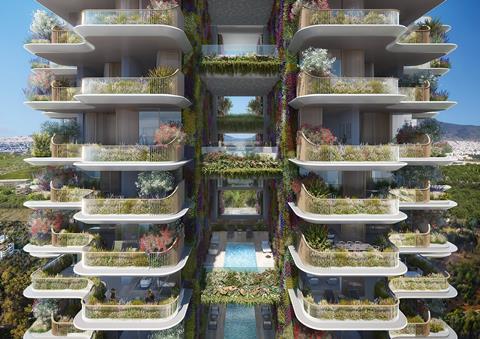 Antoinette Nassopoulos-Erickson, senior partner at Foster & Partners said: “Ellinikon masterplan gives new direction to urban development in Athens, bringing together new ways of living, working and playing, centred on a metropolitan park – a generous amenity for local communities and the city of Athens.

“Our proposals for Marina Residential Tower build on these sustainable principles to generate a new paradigm for high-rise living and a green beacon in the landscape.” 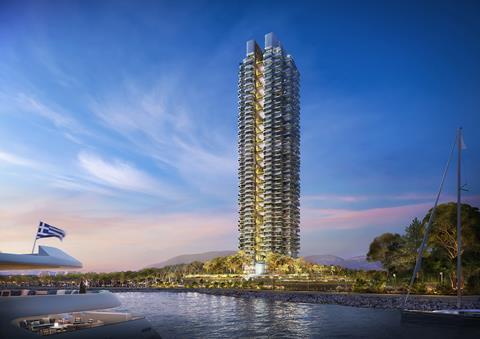 Without elaborating, the practice said in a statement: “The Marina Tower is one of the greenest high-rise buildings in the world and is a model of sustainable design, incorporating best environmental practices and cutting-edge international safety protocols.”