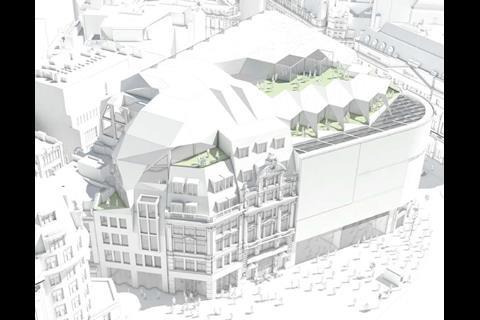 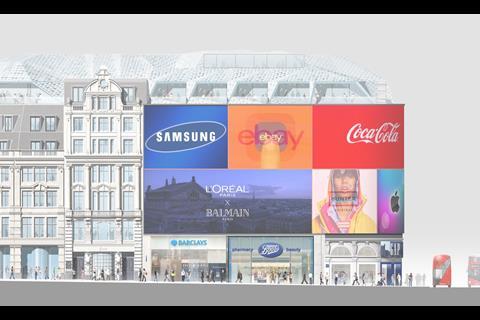 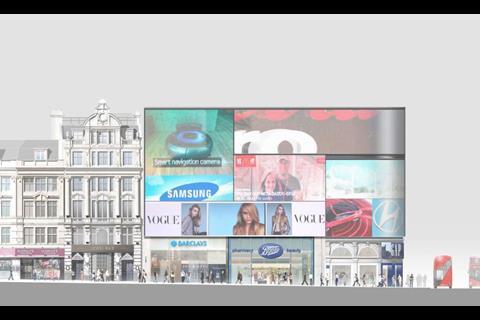 Drawing of 4-6 Glasshouse Street as it currently appears 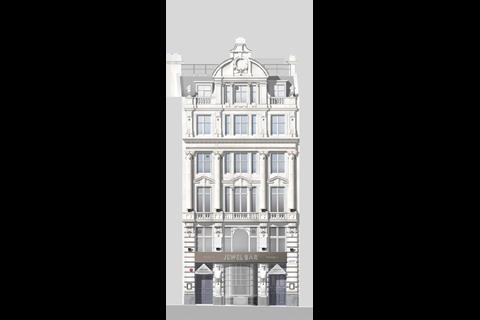 Drawing of 4-6 Glasshouse Street as it is today 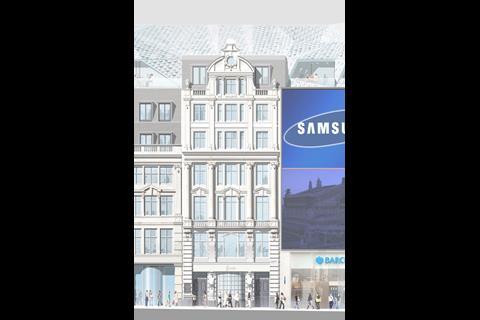 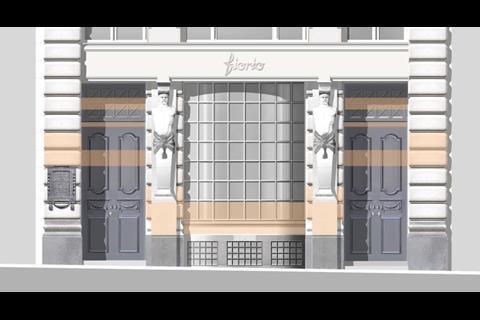 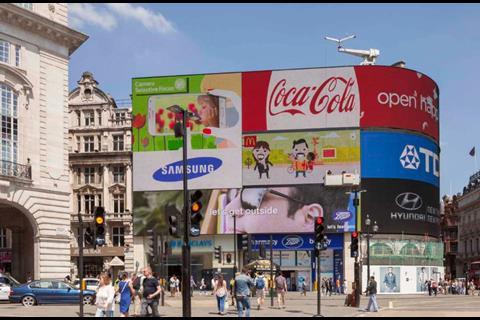 No 4-6 Glasshouse Street, next to the famous Piccadilly Lights advertising hoarding 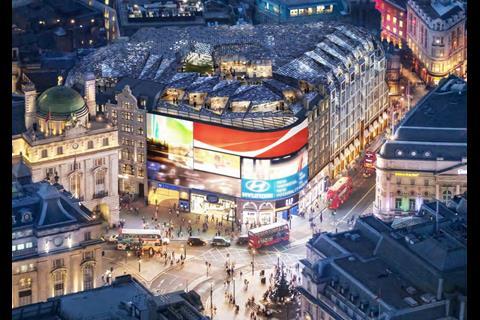 Visualisation of the whole Piccadilly Circus redevelopment site, of which 4-6 Glasshouse Street is part. It is called the Monico Site, in recognition of Cafe Monico, which used to occupy part of the site.

Fletcher Priest has won planning permission to increase the height of a listed building façade as part of a huge redevelopment project in London’s tourist epicentre.

The architect’s proposals will see new Portland stone sections added to the ground floor of a grade II-listed former bank in Glasshouse Street, raising its height to better align with the floor levels of the new structure to be built behind. It will also have an additional upper storey added.

The move, which the Victorian Society rebuked as resulting in a “poor and partial imitation” of the original building, is an amendment to wider proposals to redevelop the block of buildings that is home to the famous Piccadilly Lights advertising hoarding.

That scheme was drawn up by Fletcher Priest for Land Securities and won approval in 2016. It paves the way for the wholescale redevelopment of most of the block bounded by Shaftesbury Avenue, Denman Street, Sherwood Street, and Glasshouse Street, save for the retention of some façades and the Piccadilly Lights. 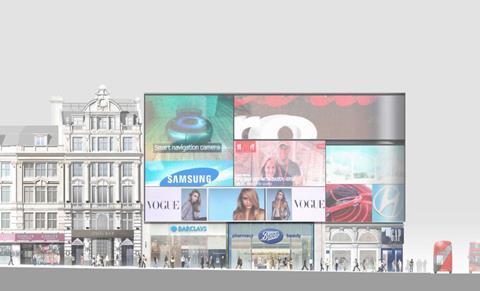 Drawing of 4-6 Glasshouse Street as it currently appears

The approved mixed-use scheme includes new office space, retail and restaurant space, and up to seven homes in a six storey building with three basement levels. Fletcher Priest’s amendment – approved on Tuesday night – would raise the height of the existing façade by adding in new Portland stone sections at the ground-floor level, and add an extra storey higher up.

Built as a bank in 1910 to a design by Edward Keynes Purchase and with a ground-floor façade by Reginald Blomfield, 4-6 Glasshouse Street has been a nightclub since the 1970s. It was listed in October 2016, some months after Fletcher Priest’s original consent was granted, in recognition of its “richly moulded principal elevation” and “internal decorative plasterwork”.

In a design and access statement supporting the proposals, Fletcher Priest said the plans for Glasshouse Street were less harmful to the building than the already-approved scheme, and would “preserve the existing facade proportions and material and part of the ground floor banking hall”. 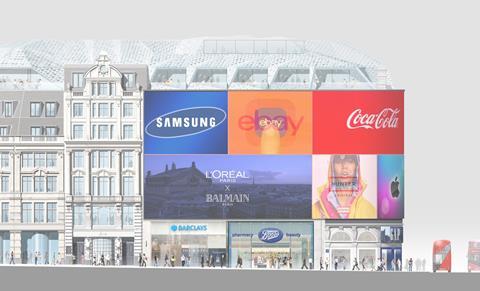 “The redevelopment proposals are an opportunity to restore the structure and the façade as part of the works while making minor modifications to suit the new offices,” the practice said.

“The balconies and windows will be reactivated from their current lifeless nightclub use to the benefit of the office occupiers and a better presentation of the building.”

The Victorian Society disagreed, arguing that the new proposals, which will involve the façade being taken apart and reassembled in extended form would be “nothing more than a poor and partial imitation of the original building”.

It added that the external and internal alterations would be “harmful, and the harm caused to the building would be substantial”, and that need for such measures had not been demonstrated. 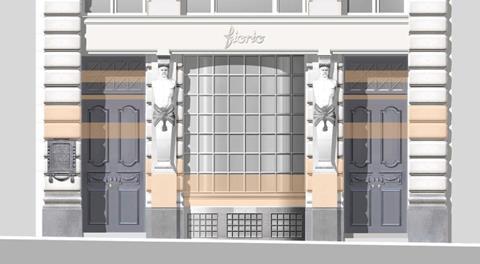 Officers concluded that the larger scheme, of which the listed building is part, provided public benefits that outweighed the harm to 4-6 Glasshouse Street, which they said were less than substantial in the eyes of government heritage adviser Historic England.

They added that the impact on the Soho Conservation Area of the amended proposals was “very similar” to that of the approved scheme and that “the character and appearance of the conservation area would be preserved”. 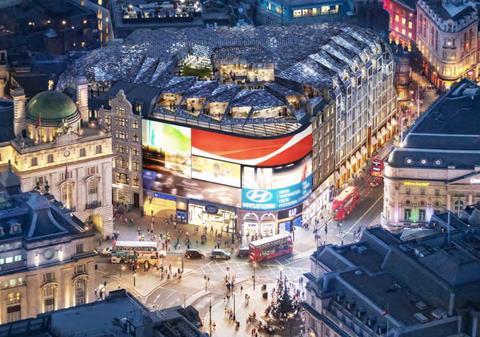