Improvements in LED technology offer architects more ways to integrate light into their designs. As lighting is one of the most energy-intensive elements of a building, such options are vital 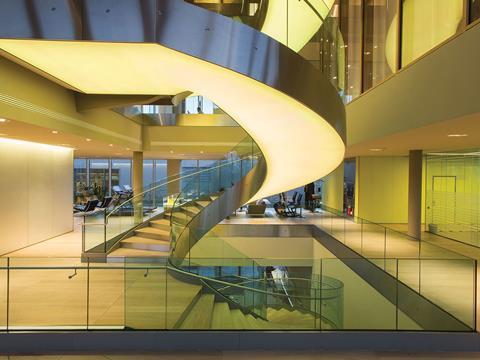 Architects in the UK have traditionally not specified lighting, because it has been considered part of the fit-out and has therefore only been considered at a later stage. However, this is changing quickly with the advent of light emitting diodes (LEDs), and architects are starting to integrate lighting into their designs by engaging specialist lighting designers. New forms of luminaire may also be used to illuminate existing structures.

It is increasingly important that lighting is not treated as an afterthought. The need to design buildings that perform well against environmental ratings systems such as BREEAM has placed greater emphasis on the operational performance of building systems. As lighting is one of the most energy-intensive of those systems, accounting for up to 40% of energy use in non-residential buildings, architects are advised to make lighting specification an integral part of the design process.

Focusing on lighting design is not just a question of sustainability. The need for energy-efficient illumination has led to the dramatic rise of LED technology, and this, in turn, has opened up new possibilities for lighting design. While technology plays a vital role in reducing energy consumption, the design of installations can be equally influential in achieving these goals.

This CPD will consider the key considerations for lighting design in energy-efficient buildings and the opportunities that LEDs can offer designers.

There are three main traditional sources of electric light — filament, discharge and fluorescent. Their key characteristics are outlined in this section, alongside those of more recent LED technology.

The comparative effectiveness and efficiency of these light sources can be assessed in terms of five key criteria:

The filament lamp is an incandescent light source, and its main advantage is an excellent Ra of 100. Tungsten filament is the chosen option for most museums and galleries around the world, as it allows artefacts to be displayed in a setting akin to natural light. At just 12-14lm/W, it is an inefficient source, and it has a rated life of just 1,000-2,000 hours.

The first gas discharge lamps were sodium street lamps, developed in the 1930s. Low-pressure sodium lighting is still an efficient option, but gives poor colour rendering. Other gas discharge options, such as metal halide lamps, have been developed to provide better colour rendering, white light and long life. Ceramic metal halide, for example, has an Ra of 85, which is perfectly acceptable for a retail environment, and 90% of high street shops use it for their accent lighting. At 90lm/W, these lamps are eight times more efficient than a standard tungsten lamp and have a durability of 14,000 hours — almost four years in a retail environment.

The traditional fluorescent lamp achieves good colour rendering and can exceed 100lm/W for efficiency in some lamp types. With up to 20,000 hours of life, it is the lamp of choice in schools and offices, where uniform lighting is paramount. As a light source, it is inexpensive.

LED technology is developing at a rapid rate. The main technological innovation over recent years has been the development of warm colour temperature white light, which can closely mimic tungsten halogen light sources. It is clear that, due to ever-stricter energy regulations, the efficiency and long life of LEDs will eventually render the other light sources obsolete. 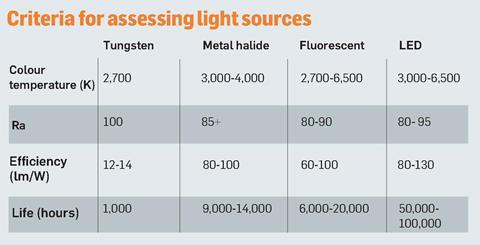 Many specifiers believe that all luminaires perform equally well. In reality, factors such as reflector design, the focal point of the lamp and the quality of the materials used will lead to significant differences. The main performance aspect to consider in a luminaire is its light output ratio (LOR). If the luminaire has an LOR of 0.6, it means that 60% of the light produced is being used to illuminate the required space. The rest is essentially being wasted.

For example, in the case of a low-quality acrylic downlight, it is likely that a large percentage of the light would be lost or absorbed, giving an LOR of potentially only 0.4. Therefore, a greater number of fittings would be required to achieve the same light level as a 0.8 LOR downlight, resulting in higher energy consumption. The importance of the LOR is shown in the following light illuminance calculation for a 5m x 5m room lit with 12 downlights using 2 x 26W compact fluorescent bulbs:

As mentioned already, the efficiency and durability of LEDs are likely to make all other light sources obsolete. Architects should, therefore, be aware of the challenges and opportunities that designing for LEDs presents.

LEDs bring a number of advantages to the night-time illumination of landmark buildings and monuments. They use about 40% less energy than traditional fluorescent and metal halide solutions, are not sensitive to low temperatures, and require very little maintenance. Red, green, blue (RGB) luminaires are also a very effective way to create efficient colour effects. This is because an RGB generated at source is significantly more efficient than using a colour filter.

A fluorescent tube emits light across its surface and the amount of lighting provided is often more than required. With LEDs, the light source is a much smaller point, so better optical control is achieved. This is not only more efficient but offers greater precision for lighting design.

The comparatively small size of LEDs has allowed manufacturers to introduce compact luminaires. With these, architects and lighting designers are able to illuminate a project without the luminaires themselves creating an unwelcome visual impact on the ceiling and walls. By considering such luminaires earlier in the design process, architects can completely integrate lighting into the structure.

For street and urban lighting the switch to LEDs has meant a major rethink in lighting design, energy management and maintenance regimes. This has led to lower lifetime costs, reduced traffic congestion (because there is less need for disruptive maintenance) and reduced light pollution. It has also allowed for better lighting control, the ability to dim lighting without colour shift, and a move away from coloured street lighting. Many public authorities are now making the switch to LED for streets and urban areas. 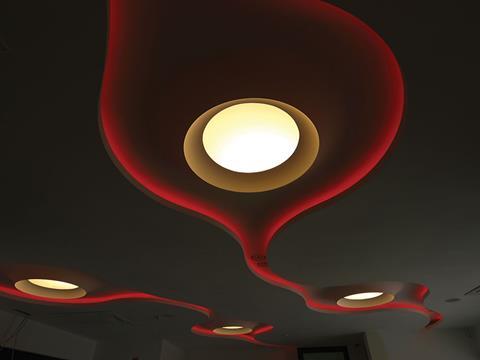 Once a light source and luminaire type has been chosen, specifiers must also consider lighting control systems, which are becoming an increasingly important aspect of energy-efficient design, particularly on large projects.

The main elements of a lighting control system are presence detectors, scene setting, daylight linking, timed programmes, maintenance and failure detection, and the means of integration with other systems such as air conditioning and blind controls.

International lighting protocols such as DALI or DMX ensure that luminaires and control systems are always compatible, regardless of supplier. If all of the above factors are incorporated, lighting control systems can achieve significant energy savings

This module is sponsored by iGuzzini. For more information

BD’s free continuing professional development distance learning programme is open to everyone who wants to develop and improve their professional knowledge. These modules can contribute to your annual CPD ctivity and help you maintain membership of professional institutions and bodies.

This module will contribute 1 hour towards your CPD obligations. If successfully completed, certificates will be distributed two weeks after the module closes.