A planning boss at the City of London Corporation has said she wants to see less glitzy buildings go up in the Square Mile in future.

Carolyn Dwyer was appointed two years ago as director of the built environment at the Corporation of London, the City’s local authority.

She took the job after Peter Rees, who had backed Rafael Viñoly’s controversial Walkie Talkie skyscraper, stepped down as the City’s chief planning officer back in 2014 after 29 years to become a professor at the Bartlett where he studied architecture.

She added: “We have to have architecture of the best possible quality that delivers for 21st-century needs but every piece doesn’t need to be a stand-out landmark building. We are not developing individual tower blocks that stand alone on the skyline; we are developing a cluster of buildings that will have to respect each other.

“We are very keen to maintain the high standards of building in the City and we believe we have.” 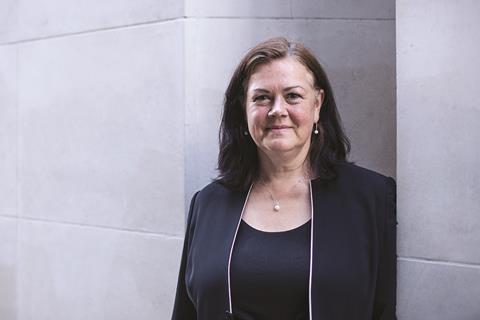 Dwyer said she was a fan of Rogers Stirk Harbour & Partners’ Cheesegrater at 122 Leadenhall Street. “It’s an elegant and beautiful building but quite sparse, it doesn’t have any bells and whistles,” she said.

And she also lavished praise on Foster & Partners’ new European HQ for Bloomberg, due to open in the autumn, saying: “It will be one of the most beautiful buildings in London.”

A number of new towers are slated for the City, including Eric Parry’s 73-storey tower at 1 Undershaft, granted planning last November and will be close to 305m tall when built.

But earlier this year, the architect said “London’s skyline is being trashed” and added: “Tall buildings in the city need much closer overall scrutiny than they’re getting.” 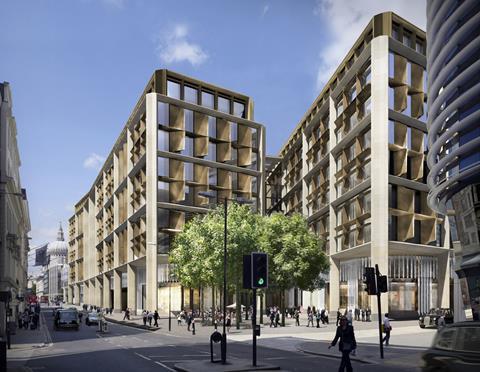 Foster’s Bloomberg European HQ, seen here in a CGI, has been hailed by Dwyer as “beautiful”. It is due to open this autumn