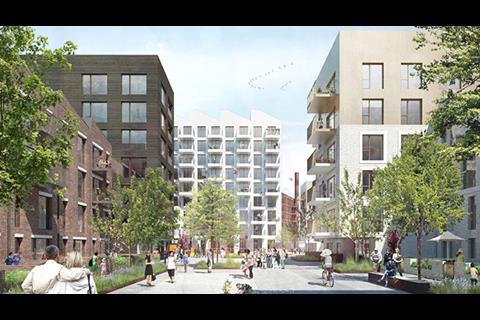 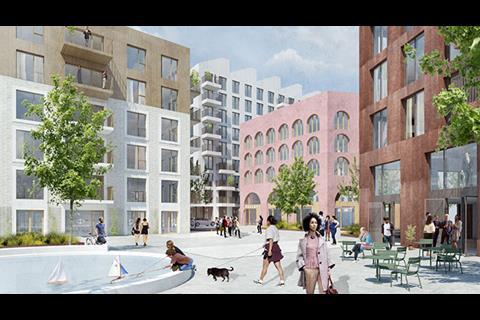 CF Moller is to design the mayor of London’s first 100% affordable housing site for first-time buyers.

The architect is working in a team with housing associations Catalyst and Swan. They beat 13 others – a GLA record – to become the mayor’s preferred bidder as development partner on the 330-home scheme.

It will be built on the derelict Webb Industrial Estate in Walthamstow, a former glass lampshade and bulb factory on Blackhorse Road.

In one of his first actions as mayor of London, Sadiq Khan instructed the GLA to buy the site which had stood derelict for seven years after plans to build a free school on it fell through. Previous owners of the land had outline permission for a scheme with three percent affordable homes, said the mayor’s office.

The intention now is to build 330 homes, all of which will be affordable and available as shared ownership. There will also be creative hub providing more than 3,000sq m of affordable workspace and artist studios, retail and a park.

The deal comes ahead of a consultation next month on Khan’s plans for housing in the capital. The mayor is aiming to give City Hall a greater role in intervening in land decisions.

Khan said this project showed the benefit of City Hall taking a more prominent role in unlocking and bringing forward land for development.

Work to clear the site will start later this year.