Carbuncle Cup: The Curve, Slough by Bblur Architecture and CZWG 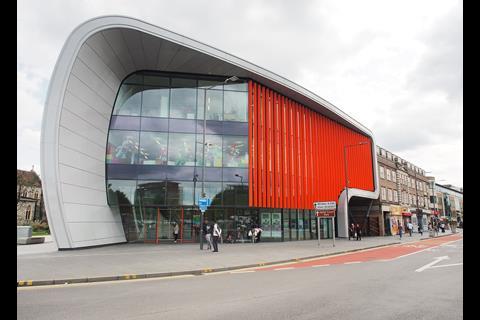 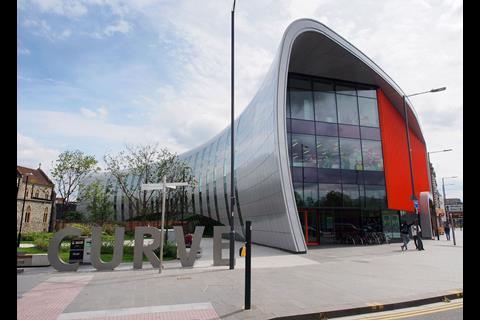 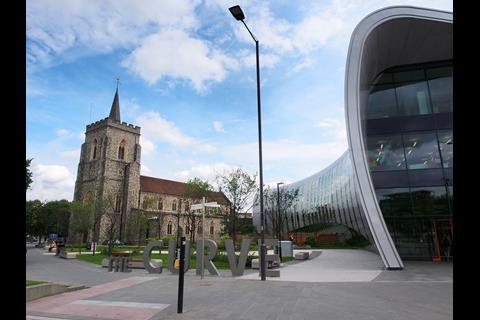 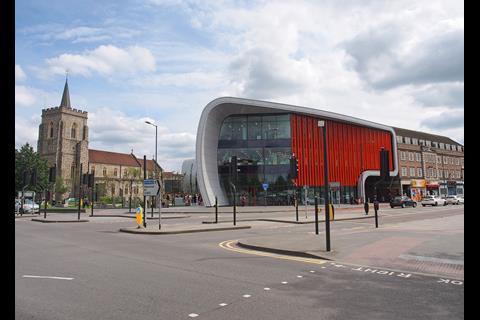 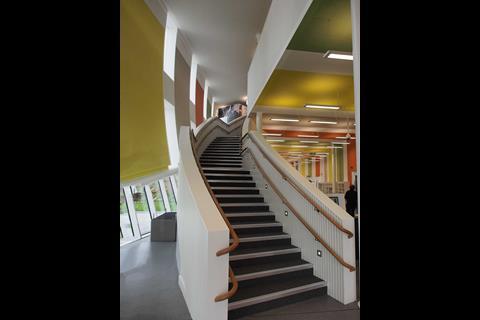 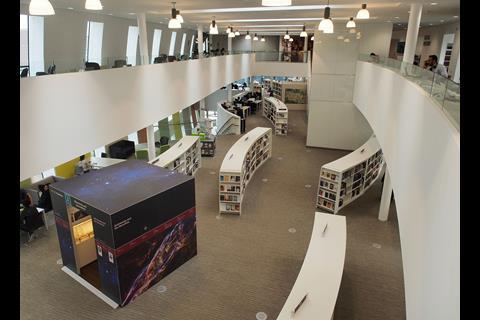 Brave or foolish; the Curve tries to put the heart back into Slough

The Curve is the latest attempt to banish Slough’s reputation as an anonymous, grey, nowhere sort of place immortalised in John Betjeman’s poem that begins ‘Come friendly bombs and fall on Slough!’

The £22m community centre and library is billed as the centrepiece of a £400m scheme to regenerate the town centre. Called the Heart of Slough, this includes new homes, offices and improved transport facilities. The bus station was completed in 2011 and features a striking, curved aluminium clad canopy designed by Bblur Architecture. Locals weren’t impressed and nicknamed it the Slug.

Undeterred by the mutterings of ungrateful locals, Bblur, who is responsible for the Curve, has taken the stylistic language of the bus station and applied it to the new building.

The curved, aluminium form wraps around the neighbouring St Ethelbert’s grade II listed flint church to create a new public space with up close and personal views of the adjacent A4 six lane carriageway.

The main entrance is around the corner on William Street. This elevation has all the charm of a 1970’s sideboard that has crash landed into the town centre. At least an attempt has been made to respect the scale of neighbouring buildings.

CZWG were responsible for the interiors and have taken the curve theme to heart. There is barely a straight line in the whole place, the staircase gently curves towards the upper floors, the balcony curves, even the book stacks are curved.

But the Curve pales into insignificance in its wider context. The disjointed town centre doesn’t stand a chance with a six lane highway slicing through the middle.

There are some enormous office buildings under construction opposite the Curve that have no relationship with rest of the centre. It will take a lot more than the Curve to put the heart back into Slough.