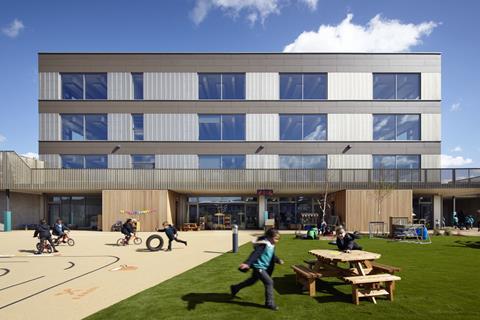 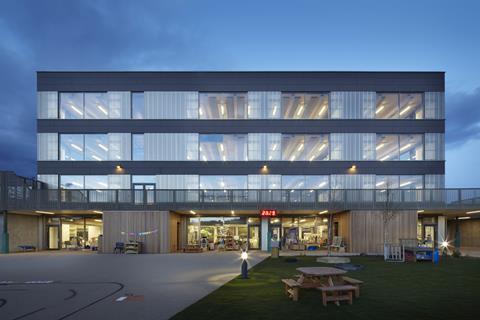 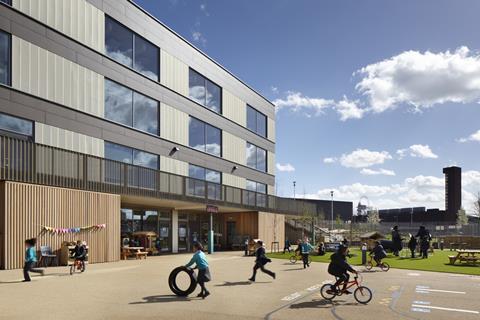 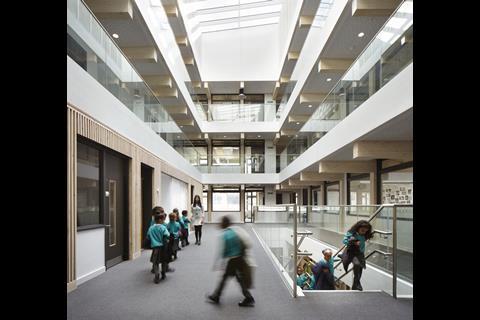 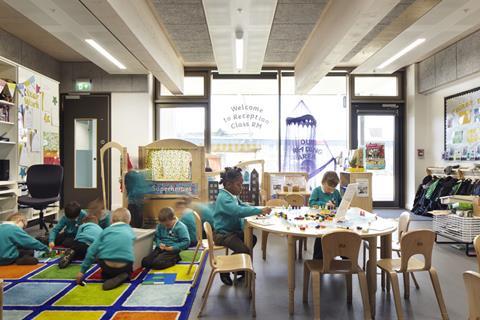 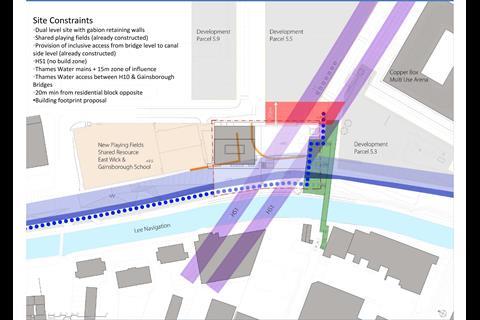 School is fourth to take name made famous by Richard Rogers

Construction work on the Olympic Park’s first school, designed by Avanti Architects, has been completed.

The £12m Mossbourne Riverside Academy, a primary school in the East Wick residential area, is the fourth school to carry the Mossbourne name.

The original Mossbourne Community Academy in central Hackney was designed by the Richard Rogers Partnership (now RSHP). The new building, which opened in 2011, turned around a failing school and spawned a string of successors.

The school was hailed by then education secretary Michael Gove as a shining example of the way his new breed of free schools would introduce “innovation and dynamism”.

The second Mossbourne secondary school, in Victoria Park, was designed by Jestico & Whiles because the procurement system prevented the client hiring first-choice RSHP.

Avanti’s Mossbourne Riverside Academy is the fourth in the federation. Construction completed last year but it was officially opened this summer and will be occupied in stages.

The four-storey building is organised around educational key stages, with years one and two on the ground floor, years three and four on the first floor, and years five and six on the second floor. Each floor accommodates six classrooms and support facilities including group rooms, toilets, stores and offices. The foundation stage (nursery and reception classes) is located on the lower ground floor with a dedicated entrance and outdoor playspace.

The six class rooms on each floor revolve around a central light well which brings daylight deep into the building and aids natural ventilation through stack effect. Glazed internal screens to the classrooms provide double-sided lighting and transparency for supervision purposes.

The main hall is located on the ground floor with direct access to the main playground space. The hall fronts the street, along with centralised administrative functions and the main visitor entrance.

Because of the extent of land contamination, a cross-laminated timber frame was used to reduce dead loads, simplify the foundation design and reduce the extent of imported fill required.

“The challenge at East Wick has been to deliver a high-quality building that can be measured against some of the Olympic venues, but with a significantly reduced budget and a myriad of site constraints. A simple, elegant design with an efficient form and a stripped material palette has allowed us to meet this objective,” said Amir Ramezani, director at Avanti Architects.