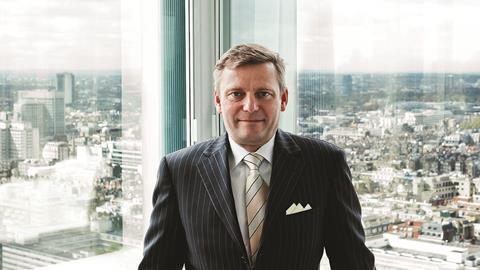 Shareholders vote in favour of buyout by Canadian giant SNC-Lavalin

Atkins’ shareholders have approved the takeover of the firm by Canadian engineer SNC-Lavalin.

The firm – which employs hundreds of architects – reported that more than 83% of shareholders had voted in favour of the deal.

Subject to court approval, the takeover is expected to finalise on 30 June. Atkins said an application would be made to suspend trading of the firm’s shares at 6pm on that day.

An application would also be made to de-list the firm from the London Stock Exchange and cancel trading in its shares from Monday next week, it added.

Atkins’ management recommended SNC-Lavalin’s 2,080p-a-share offer for the company, which valued the business at £2.1bn, back in April.

The conclusion of the takeover will see the departure of Atkins chief executive Uwe Krueger (pictured), who will be replaced by current finance chief Heath Drewett.

Drewett will report to SNC-Lavalin’s board, running Atkins as a separate group within the Canadian firm.

The merger will create a 53,050-strong global business with revenues close to £7bn.

According to BD’s latest WA 100 rankings, Atkins employs 369 architects – making it the is 33rd biggest practice in the world.