An open letter to the Oxford Conference 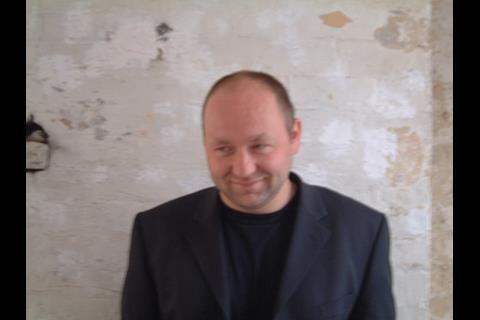 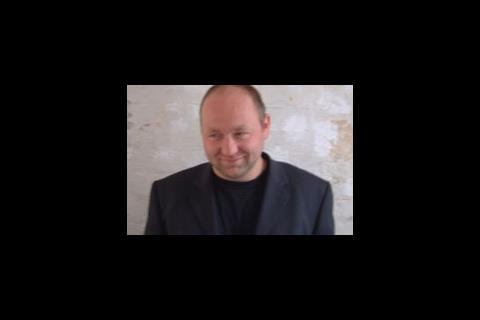 BDonline green columnists Jon Goodbun and Karin Jaschke step into the debate on architecture, sustainability and education in an open missive to Oxford delegates

We apologies for not being with you in person. We are writing in response to the short opinion piece by Iain Borden on this Oxford Conference, sustainability and architectural education, which is circulating amongst delegates, and which is going to be published in the September issue of Blueprint. We are also writing to report back on the major international pan-disciplinary design research conference held in Turin earlier this month, ‘Changing the Change’, to which we contributed.

In his piece, Iain refers to ’a certain sense of unease’ that he feels at the ‘clarion call’ of sustainability. His uneasiness is shared by many colleagues. Indeed, we have been watching with some fascination the real sense of fear that the ‘environmental question’ has instilled in many architectural educators in recent years. For many design tutors this fear is well founded, as they are barely equipped to deal with the practical demands of students, nor the critical demands of the issues at stake. We find ourselves in the curious position of watching design tutors demanding their right to autonomy, that is to say, demanding their right to social irrelevance, and we wonder with Marx, who will educate the educators?

Learning processYet the challenges ahead might prove to be architectural and design education’s greatest moment. To understand why this is, we need a sober reflection upon where we are now, and the nature of the intellectual, social and political struggles that we face.

Firstly, let us be clear, the ‘environmental question’ is of a completely different order to any other issue that we are facing. This is because the environmental question forces us to confront the question of value production in capitalism head on, in a way that no other contemporary issue does. Iain wonders whether, “global health, intercultural interaction, and well-being”, might be “other challenges of equal or perhaps greater significance”. These are all important issues, and indeed for many thinkers they are inseparable and fundamental to the question of sustainable living. However, they will all be completely determined by outcome of the confrontation between ’the environmental question’ and capitalist production. Period.

The kind of scientific reports on climate change that have been coming out over the last year are of a different order to what has come before. Benchmarks that had been thought to be fifty years away in a worse case scenario are now, it seems, upon us. In the coming weeks the North Pole will be navigable to normal shipping for the first time, whilst Australia has already shifted to a new pattern of seasons and rainfall. The recent Stockholm Networks report suggested that even if we were to meet Kyoto plus standards, which we certainly will not, there will still be fast and massive negative change to the world that we know. The kinds of discussions that we are having in construction, which are almost exclusively around carbon emissions only, will at best slightly delay change. Considered as technical solutions alone, they are irrelevant. There is after all nothing special about carbon - it is the most currently pressing of many natural cycles that have been distorted as capitalist growth hits planetary limits, but we are also losing control of our food, water, material and energy futures too. We need to start asking exactly what scenarios are we designing for, and for whom?

The harsher reality Naomi Klein in her recent book has brilliantly exposed how some of the most criminal and un-progressive forces in global capitalism use crises to dominate entire areas of the global economy. On the basis of our current situation, we have to conclude that by far the most likely scenario that we are heading towards, is that of a degraded planet, with huge regions becoming increasingly uninhabitable, producing massive migration shifts, whilst even the wealthier areas struggle to meet energy and material needs, and have significant problems with food crops and supplies.

These are unfortunately exactly the kind of conditions that ‘crisis capitalism’ loves. In the absence of any popular shared vision of a new way of being on the planet, an atmosphere of real fear will emerge. In this situation, the corporations with for example interests in nuclear power and GM foods will put pressure on governments to give them full access to global markets. These will even seem like common sense solutions.. indeed to our current prime minister they already do. Increasingly, the only food that will grow is from the seeds of privately owned and centralised GM corporations (with proprietary pollinating GM insects already being developed!), and the main energy supplies will come from centralised nuclear ‘big power’ interests. This is not centuries away. This is being put in place now. This is Green Capitalism!

Impact on architectureSo what does this have to do with architectural practice, education, and the Oxford Conference? Well, firstly, we need to understand that the questions confronting us are not about avoiding climate change - it is already far too late for that. It is about damage limitation and amelioration. It is about creating positive visions of alternative futures, as a form of resistance, and to counter the fear that will come. It is about designing properly local-global decentralised network structures of power, food, information and infrastructure that are both robust enough to exist on their own in a worst case scenario, and which take power away from the more criminal centres of capitalism today. It is about properly training designers in systems theory, ecology, cybernetics, not to mention Cradle2Cradle thinking and Life Cycle Analysis etc… training designers to be social facilitators and political activists, designers of processes and economies as well as beautiful objects. It is about producing new kinds of design schools, which are active agents of local and global change. It is about producing new kinds of professionals, and facilitating new kinds of participatory design.

If architectural and design education is to meet this historic role, then it will need to free itself from the constraints of the professional bodies to which it is shackled, or it will need to transform those bodies entirely. Let the students redesign the curriculum, and not only will you find that sustainability issues are suddenly at the core of all subjects areas, but that some very interesting shifts in pedagogy, content, and indeed definitions of architecture and architectural work would materialise. Indeed, among the first critiques that properly sustainable architectural institutions will make will be concerning the many relationships between professional architecture and capitalist criminality.

End of ego-centric design?Iain’s unease is then understandable. Sustainability is in its broadest form grounded in values that are antithetical to those underpinning the architectural profession and architectural education in most institutions today: the importance of authorship, the premium on individualism, an idea of creativity that is still fundamentally rooted in 19th century romantic and idealist artistic thought. Instead sustainability thinking, at least tendentiously, foregrounds co-authorship, co-creation, and an agency oriented rather than ego-centric approach to design.

Last week’s ‘Changing the Change - An international conference on the role and potential of design research in the transition towards sustainability’ conference in Turin, chaired by Ezio Manzini, demonstrated the breadth of definitions that are active in current sustainability discourse, ranging from environmental and carbon-focused thinking to socially and psychologically oriented research; from highly theoretical systems thinking to hands-on, bottom-up engagement. Manzini’s research project, ‘The Sustainable Everyday’, is grounded in designers going out into the world and looking for progressive grass roots activities to network, up-scale and support. It is a living demonstration of real design research in action. It has wide geographical spread and enormous trans-cultural and co-operative potential. Designers (architects were invited but thin on the ground) have clearly caught on to the fact that sustainability is an infinitely sensible, realistic, and energising proposition in a world with obvious and potentially lethal flaws in its structural (economic, material) and, arguably, philosophical (social, spiritual) set-up. Yes, sustainability is a systemic cultural critique.

Ultimately Iain’s unease is in defence of a plurality of approaches to architecture, and with this we concur - diversity is fundamental to the robust health of any ecology. We would also join him in resisting any overly ambitious common declaration of intent. There is very little consensus or understanding around what sustainability is or means in architecture, and we should not pretend otherwise at this stage. Above all, architectural education should be in the business of critiquing definitions of sustainability provided by the profession, for reasons that we hope are by now clear.