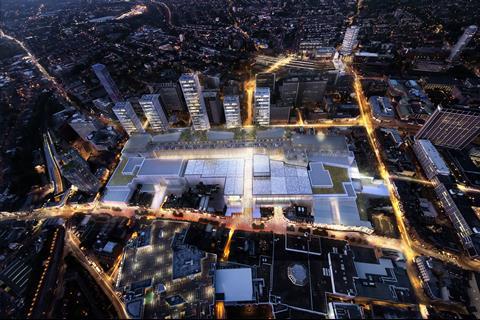 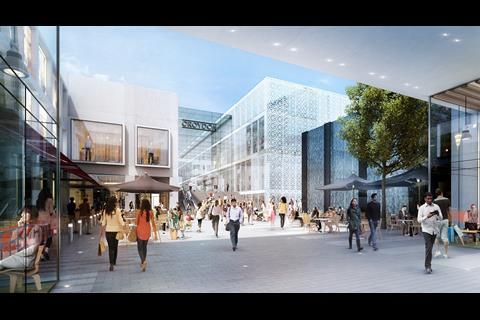 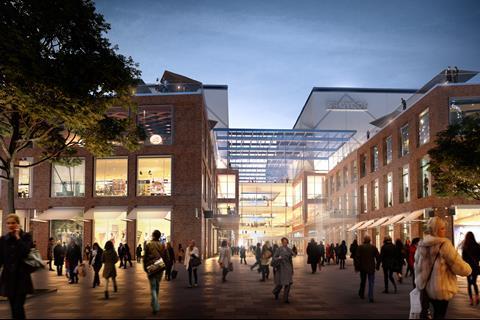 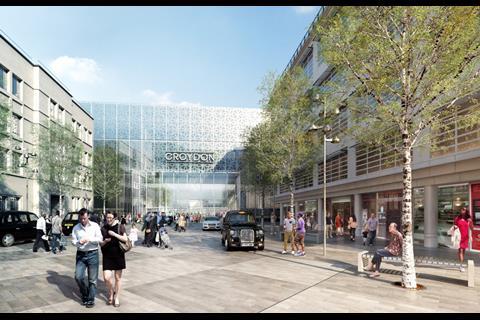 Croydon council has approved revised £1.4bn proposals for the redevelopment of the town’s Whitgift shopping centre.

The project was masterplanned by Allies & Morrison. The shopping centre has been designed by Leonard Design Architects, while Hawkins Brown was brought in to do the residential and Spacehub is responsible for the landscaping.

Hammerson and Westfield said a construction start date in 2019 was being targeted.

Planning for the scheme was originally approved in 2014, but was revised to increase the size of the site to be redeveloped after last year’s acquisition of the office building Green Park House and the demolition of the car park on Wellesley Road and Marks & Spencer store.

The new scheme plans to deliver over 1.5m sq ft of retail and leisure space and between 626 and 967 new build-to-rent homes, of which at least a fifth will be “affordable”. The new homes will be spread across four or five buildings overlooking Wellesley Road.

It is expected that the first residential buildings will be developed with the retail part of the project, with the remainder delivered in later phases.

Croydon will join Stratford and Shepherd’s Bush as London’s third Westfield shopping centre and one of the company’s 17 across the world, from China to the USA.

Hammerson’s chief investment officer Peter Cole, said: “We are pleased with the level of retail demand which has driven the evolution of the design and layout of the new scheme, and we look forward to progressing our plans and transforming Croydon into one of the UK’s top 10 retail and leisure destinations.”

The redevelopment follows a record year for overseas-backed projects in the UK and London, with 891 projects in London made possible through foreign direct investment over the past 12 months.