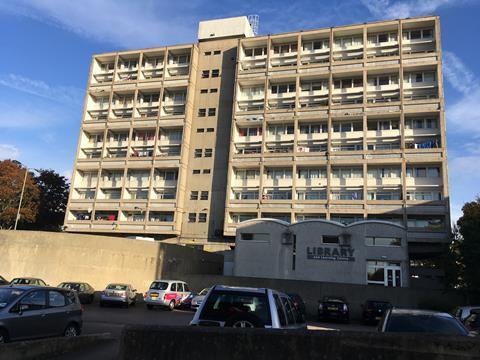 The threatened buildings on the Alton Estate

David Adjaye, Richard Rogers, Kate Macintosh and Angela Brady have written an open letter questioning the wisdom of Wandsworth council’s plans to demolish part of the Alton Estate in Roehampton.

More than 25 architects, academics and historians, including Jeremy Till, Peter Ahrends and Charles Jencks – as well as Berthold Lubetkin’s daughter Sasha – signed the letter.

The council, which is working with Redrow Homes and Hawkins Brown, wants to demolish some unlisted parts of the internationally important estate. Studio Egret West which originally worked on a masterplan has not been involved for several years.

The letter says: “Alton West is without doubt a high point in post-war modern architecture. Following 60 years of poor maintenance it would greatly benefit from love and care, not least better landscaping. We would therefore strongly recommend the conservation of this important complex including the Library.”

As BD reported in November, time is running out to save the buildings as a planning application is expected to be submitted in the coming weeks.

The council is currently replacing the windows of many of the flats in the Alton conservation area, said Barnabas Calder, one of the signatories of the letter who has written widely on brutalism. “Without a judicial review there’s nothing that can be done to stop it,” he said.

Text of the open letter

Wandsworth Borough propose to demolish Allbrook House and Library, designed by John Partridge, assisted by Roy Stout. Partridge considered this design to be a refinement of the Corbusian aesthetic which was the inspiration of the five listed slab blocks along Highcliffe Drive.

Furthermore, the budget for this later block was more generous, and allowed the cantilevering of end bays. The Library is dismissed as unworthy by Historic England (HE) because of the removal of original fittings and the blocking of glass lenses in the domed roof, designed to shed light on the book stacks. These alterations and degradations are reversible, as the 20th Century Society points out.

Alton West is without doubt a high point in post-war modern architecture. Following 60 years of poor maintenance, it would greatly benefit from love and care, not least better landscaping. We would therefore strongly recommend the conservation of this important complex including the Library.

The listing application from the 20th Century Society, supported by the Roehampton Forum, Alton Regeneration Watch and the Putney Society has been rejected by HE, leaving the way clear for demolition and “densification”. Though with such a high proportion of London housing acquired merely for investment purposes, and left empty for long periods, their pretext of addressing housing need looks hollow.

This development would destroy a landmark, signally a gateway to Alton West. Instead of pavilions set in landscape parkland, the character will be of a boulevard lined with seven- and six-storey blocks, the ground floors of which are given over to car parking.

Wandsworth state that the 1,000 new dwellings will accommodate all existing council tenants and owner-occupiers in “affordable” units. What is to be the value of such assurances if 80% of the commercial rent proves not to be “affordable”? Other regeneration projects have resulted in community fragmentation, enforced deportations to places remote from all social and family support networks. Wandsworth state that there will be “at least 30 new council homes”. But how many will be lost in this proposed development?

It is an absurd to expect commercial companies, whose first duty is to deliver maximum returns to their shareholders, to provide social housing, or to “maintain supply to meet demand”. They have a vested interest in scarcity, which results in price inflation. 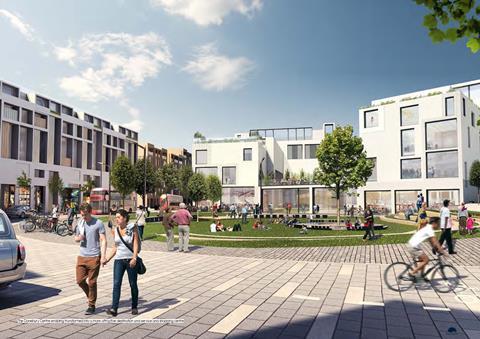