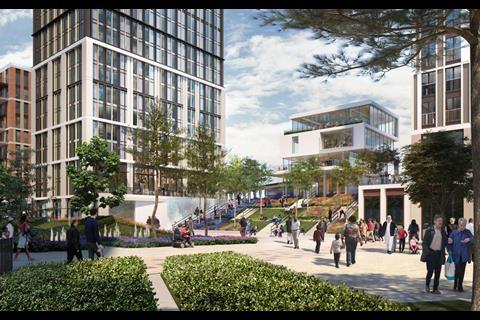 The Patel Taylor-masterplanned proposals include a 1.5 hectare park and community centre 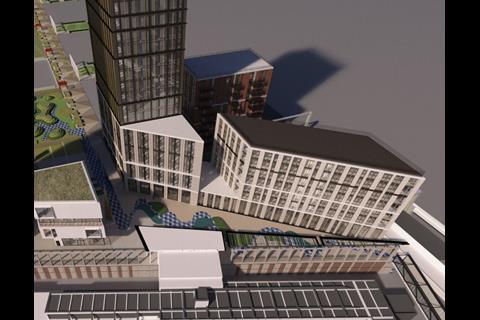 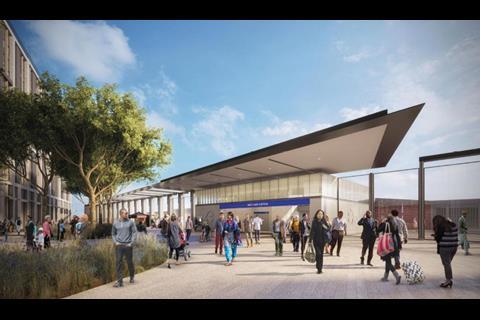 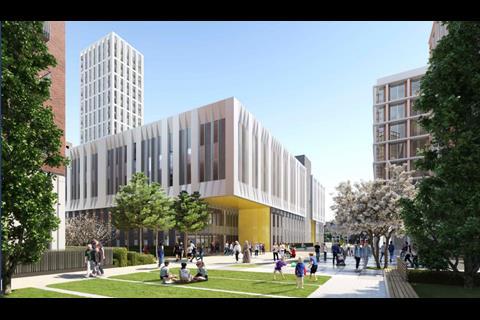 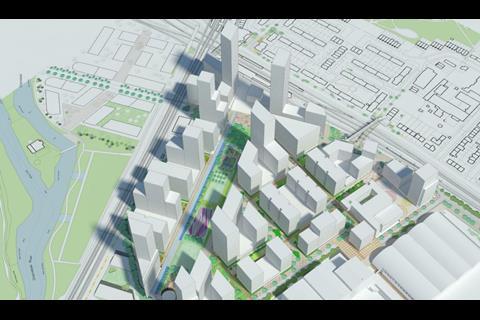 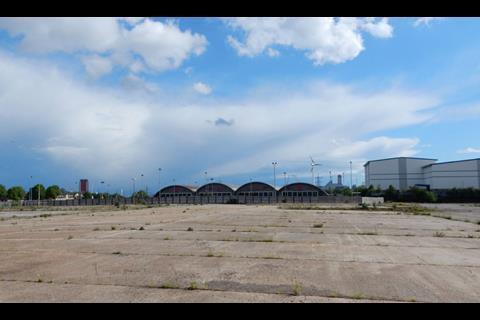 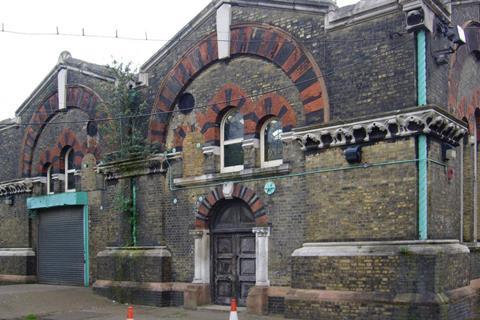 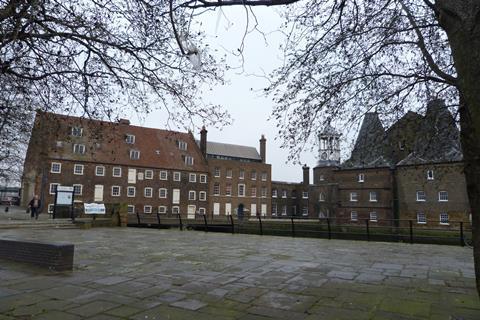 Proposals eye up to 3,800 homes on brownfield site near Stratford

Patel Taylor-masterplanned proposals to regenerate a former Parcelforce depot in east London with up to 3,800 new homes, a new secondary school, community centre, and commercial space have been lodged for planning with Newham council.

The scheme, drawn up for Berkeley Group, would redevelop an 11.9ha site close to West Ham Station and includes a 1.5 hectare park, a new station entrance, and two pedestrian bridges – the latter three designed by Weston Williamson.

Sheppard Robson has designed the new buildings for East London Science School and will also deliver the scheme’s private-rented-sector elements.

The planning application for the scheme is a hybrid one, seeking detailed consent for the project’s first 1,020 homes, including its tallest element – a 34-storey tower, the new school, 5,400sq m of retail floorspace, a new bridge at West Ham Station and the pedestrian bridges.

Outline consent is being sought for further residential units, office space, open space, and infrastructure works. The overall figure of up to 3,800 new homes is contained in an indicative masterplan. 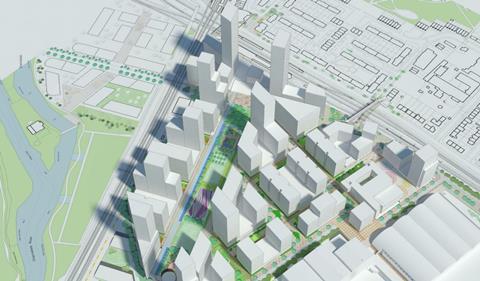 A supporting document said the detailed elements of the application would make up the scheme’s first phase, with the outline proposals likely to be delivered in three further phases.

“Because of the likely duration of the build and the expectation that design will continue to evolve over time, the application has been drawn up as a hybrid planning application,” it said.

The Parcelforce site, on Stephenson Street, belongs to the Greater London Authority. Berkeley was selected as development partner following a tender process that began in April 2015.

Long cleared for redevelopment, the site was used as a coach park during the 2012 London Olympics.

No heritage buildings are on-site but the grade I-listed House Mill and grade II Clock Mill are nearby, as is the Italian Gothic-style grade II* Abbey Mills Pumping Station and the grade II-listed Bromley-by-Bow gasholdes.