Is it time to tax land value uplift for community benefit?

The uplift in land value has been taxed at rates from 100% in 1947 to zero today. A sensible level of taxation could help fund social infrastructure and affordable housing says Julia Park 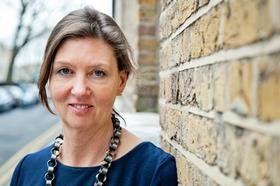 Will Self’s ‘70 Years of Planning History’, broadcast on Radio 4 on Sunday 25 March, was a timely reminder of how to think big. Drawn up by the post-war Labour government, the 1947 Town and Country Planning Act was a ground-breaking piece of legislation that brought in many radical new ideas.

The main focus of the broadcast was the introduction of the Green Belt, but it touched on other measures too. The Act established that landowners would require permission to develop or change the use of land from a newly created ‘Central Land Board’ (CLB). Until then, and astonishing though it may seem, individual landowners had enjoyed an ‘immediate right’ to develop.

Tax on the land value uplift was levied at 100%. As the landowner couldn’t profit from the sale, there was no incentive to bring land forward

To manage the new planning system, the 1947 Act reorganised the 1,400 existing county and borough councils to form 145 new local authorities and required each to prepare a comprehensive development plan. They were empowered to develop themselves, use compulsory purchase orders to buy land and lease it to private developers, and given powers to control outdoor advertising and preserve woodland and buildings of architectural or historic interest.

The Act also made provision for extensive government grants to help authorities develop. Treasury undertook to pay 50-80% of the annual cost for at least the first five years; 90% in areas of significant war damage. The grants were due to continue at a lower rate (but still 50% in war-damaged areas) for 60 years. Local authorities were also given the power to borrow (with a 60 year payback period), and other grants were available for related expenditure, such as the cost of acquiring land outside the main redevelopment areas.

For me, the really interesting bit is that the Act required ‘development value’ to be ‘vested in the state’. Developers could only buy land at its existing-use value, and when permission to develop was granted, they were subject to a ‘betterment charge’, based on the difference between the initial price and the final value of the land. These charges were officially assessed by the new CLB but local district valuers were expected to work with developers to agree a fair value. If a landowner refused to sell land at the ‘undeveloped’ price, it could be compulsorily purchased by the CLB – if development was refused, the landowner was entitled to compensation from a special £300 million fund.

If you’re thinking this all sounds too good to be true, you’re not far wrong. It is true – but had a number of fundamental flaws. The most obvious was the tax on the land value uplift was levied at 100%. As the landowner couldn’t profit from the sale, there was no incentive to bring land forward. Compulsory purchase was rarely used and most landowners simply sat it out and waited for a change of government. Records also suggest that the rules were very complicated and the regulations unclear. Because valuations were based on predicted rather than realised value the few landowners that did bring land forward did so at an inflated price.

In 1951, just three years after the Act came into force, the new Conservative government repealed its financial provisions. Labour didn’t return to power until 1964 when it introduced the Land Commission Act of 1967, whose aims were ‘to secure that the right land is available at the right time for the implementation of national, regional and local plans’, and ‘to secure that a substantial part of the development value created by the community is returned to the community and that the burden of the cost of land for essential purposes is reduced’. It also reinstated a ‘Betterment Levy’; this time set at 40% and intended to rise over time. Although this led to a quick surge in development before the Act came into force, it often amounted to digging a token trench. The market then became uncertain and landowners once again hedged their bets; 40% was still a substantial sum to give away.

No doubt you’ve spotted the emerging pattern here… The Conservatives regained power in 1970 and abolished the Land Commission and the Betterment Levy. Plans to introduce a ‘land hoarding tax’, a penalty for failing to proceed with development after receiving planning permission was never implemented and the housing market collapsed in 1973.

Labour had one more go. The Community Land Act 1975 sought to empower communities to control development ‘to meet its needs and priorities’, and the ‘Development Land Tax’ imposed a levy of 80% on the actual rather than the predicted value uplift. Four years later, the Conservatives reduced the rate to 60%, and the tax was finally withdrawn in 1985.

This account of ill-considered reform and party political ping-pong is all the more depressing because the underlying principles remain sound today. If the goal is to reduce the cost of housing it makes sense to focus on those who make the most money from the least amount of work. That’s usually still the private landowner, and profits are rising. Recent reports suggest that land value now accounts for up to 70% of development cost.

Somewhere between 0% and 100% lies a sensible way to capture a useful proportion of value uplift without deterring land from coming forward. It may be closer to 20-25%, and it probably needs to increase year on year, perhaps 1% above land inflation, to incentivise release sooner rather than later. But it will also need cross-party consensus if it’s to stand any chance of success. Without that, landowners will simply play the waiting game.

Shelter’s new report, ‘New Civic Housebuilding’ explains the problems with the current speculative land market extremely well. It stresses the importance of setting clear quality objectives and sticking to them, and suggests that new development vehicles, such as Development Corporations, ‘…should be given powers of land acquisition and assembly (including CPO) and act as ‘master developer’; giving landowners the opportunity to invest their land as equity, putting in basic infrastructure, and selling serviced plots to local builders, housing associations, self-builders, Build to Rent providers and others’.

Capturing land value uplift, making standards non-negotiable and setting up development corporations, for example to mastermind the new garden towns and villages, are mutually reinforcing strategies. These are the sort of bold ideas that the Housing White Paper should have put forward – and invited. On the whole, the consultation is merely seeking a mandate to explore some of the relatively modest measures put forward, but this doesn’t prevent us from making a case for going further or suggesting something different. It’s important to make the most of opportunities like this; architects should be playing a much bigger role in policy-shaping because we see development, and the way that policy affects it, from all angles. It makes a difference too. Consultation responses are analysed and the outcomes reported; the back-tracking on Starter Homes, reflects a strong public backlash. The consultation on the Housing White Paper closes on 2 May.