Every town should have a team of volunteer design advisers

Hard-up planning departments should take advantage of architects’ willingness to share their expertise, says Martyn Evans. But the politicians need to be prepared to listen - and act 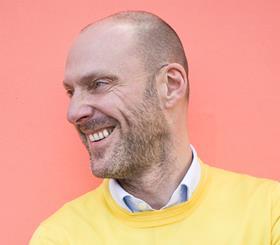 On Monday, 52 people will gather at City Hall in London for the day to talk about their new roles as the mayor of London’s design advocates.

Another group of industry cronies there to add an entry to their LinkedIn profiles or a group of committed experts giving up their time to help the city they care about?

I’ll stick my neck out now and say the latter. Of course we have to wait and see what they come up with and how much the mayor will listen to their advice (even if it goes against any specific instincts or published policies).

My sense, though, is that the group, which includes David Adjaye, Alison Brooks, Roger Hawkins, Sadie Morgan, Sunand Prasad and Lucy Musgrave, is a pretty widely drawn collection of built environment professionals who, if given the chance to really contribute, will bring a significant depth of experience to the mission to build a better London. There are architects, planners, engineers, landscape designers and urban strategists on the panel but no developers (even creative ones) who, while not designers, could well bring some design delivery insight to the party.

What is important is what happens to what they discuss. The problem about gathering groups of busy, experienced volunteers is that you don’t get a lot of their time. What you do get is precious and has to be focused and productive.

The mayor’s Design Advisory Group, established under Boris Johnson’s administration and chaired by Daniel Moylan, did some good work, in particular a great series of publications with the NLA: Growing London, Ageing London, Public London and Shaping London which can still be downloaded from the GLA website. I wonder how many times these publications have been downloaded or how many printed copies are sitting, well thumbed, on the shelves of developers across the city?

The primary purpose in gathering this new group together is to advise the mayor on policy and specifically on the delivery of his Good Growth by Design programme. Its stated aim is to recognise the role of design in improving buildings and neighbourhoods, setting and applying standards, building capacity, supporting diversity and increasing the quality of commissioning.

Much of this, of course, will go on behind closed doors but I hope the advocates will be encouraged and feel inspired to step up outside the doors of City Hall and speak out with a stronger voice and the implied support of their 51 colleagues about issues that are important to them and to London.

And I hope those in City Hall responsible for extracting all the valuable advice from their 52 advisors will not be shy about being demanding on their time. Make them work. They’re keen and they asked for it…

But it’s not just London. In March this year I went to Belfast to speak at a conference on city placemaking organised by the Ministerial Advisory Group for Architecture and the Built Environment. I haven’t met such a lively group of design professionals in a long time, who felt not only committed to their city and its development but who were certain that the civil servants and politicians that they were advising were listening and taking action based on their advice.

When planning and regeneration department budgets in local authorities across the country are continuing to be raided and resources to support the rebuilding of communities are lower than they have been in a long time, now is absolutely the time to call on committed volunteers to bring professional guidance, advice and support to the job of regenerating our towns and cities.

We could do worse than have a Design Advocates Panel in every local authority in the country. And then a National Conference of Design Advisors. That’d be an interesting room…