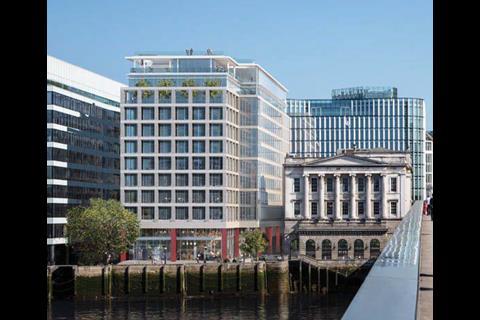 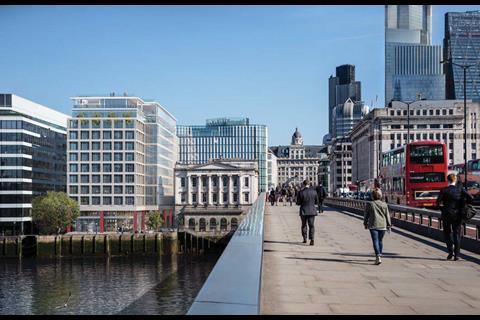 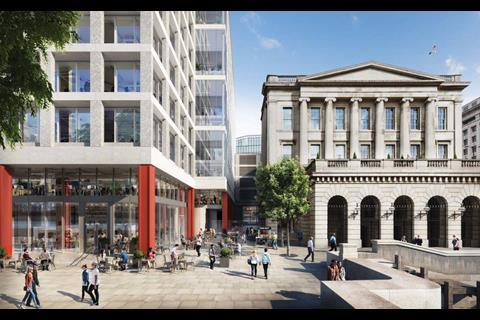 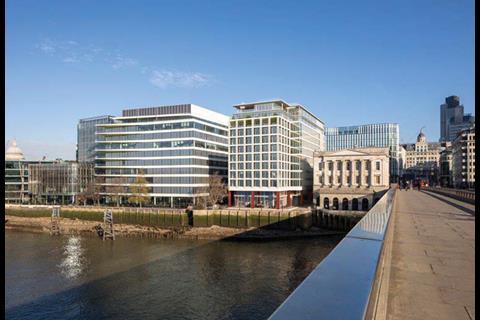 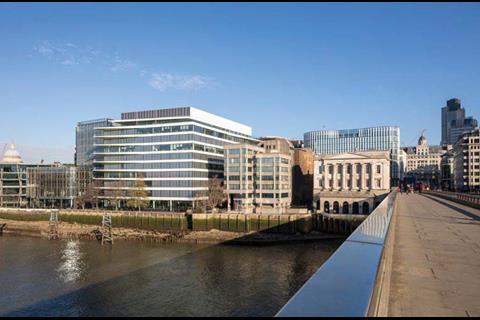 The current Seal House, designed by William Holford & Partners and completed in 1978. The grade II* listed Fishmongers' Hall is to the right. 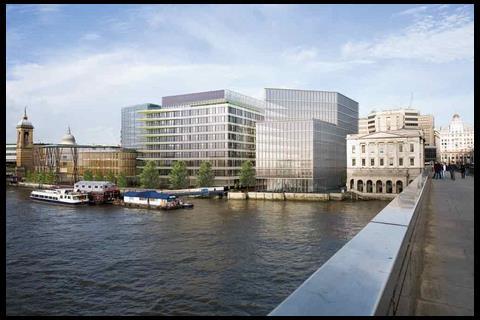 David Chipperfield's Seal House proposals, which won planning permission in 2009 buy were not built out

Eric Parry Architects-designed proposals for a new Thameside office block near London Bridge are set to win approval, even though the scheme obscures part of the river view from Christopher Wren’s grade I-listed Monument.

Parry’s proposals for Seal House, next to the grade II* Fishmongers’ Hall, would replace a seven-storey 1970s block by William Holford & Partners with a new 12-storey block with a roof terrace. The current building is linked to Fishmongers’ Hall, and the new scheme would provide a replacement link.

Parry’s Seal House proposals, drawn up for Shard developer Sellar Property Group, replaces previous proposals for Sellar by David Chipperfield Architects. Chipperfield won planning permission for an 11-storey scheme for the site in 2009, tweaked because of an earlier knock-back because of the impact on views. 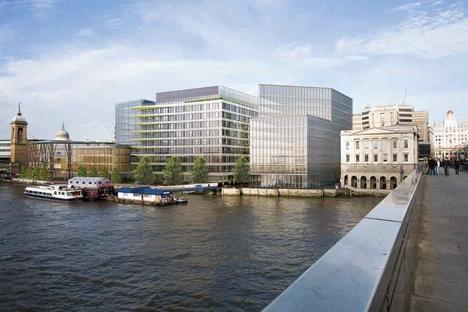 David Chipperfield’s Seal House proposals, which won planning permission in 2009 buy were not built out

The latest scheme would deliver 19,658sq m of new space, the bulk of it office accommodation, along with a roof terrace, shop space and restaurants. The floorspace is more than double the 8,507sq m of GIA offered by the current building. Chipperfield’s approved proposals would have delivered 18,339sq m of new space.

Documents supporting the Parry proposals said Sellar had sought a scheme that was “better aligned to the City of London Thames river walkway activation policies and better enlivens the public realm surrounding the building”. 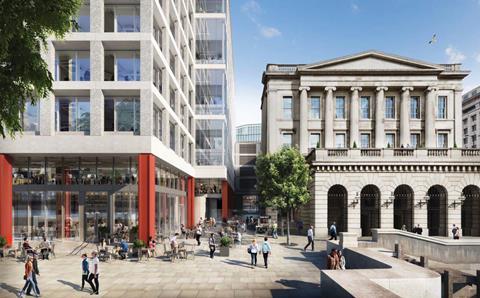 City of London planning officers are recommending Parry’s scheme for approval ahead of a meeting of the corporation’s Planning and Transformation Committee next week – despite accepting that the plans obscure part of the Thames that is a protected view from Wren’s Monument.

“The proposal will obscure a small section of river which is currently visible above the existing Seal House and to the right of Cannon Street Railway Bridge,” officers said.

“The concealment of this small stretch of river is of concern and is considered to cause a degree of harm to the appreciation of a key feature in the view.” 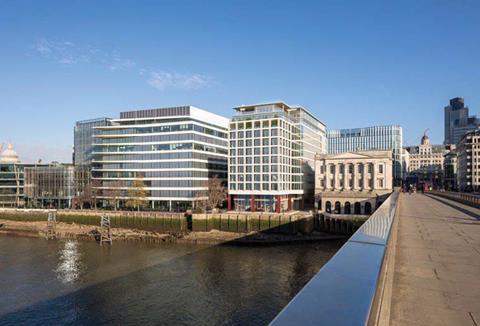 However officers said the “vast majority of the River Thames” remained visible in the view and that “significant wider public benefits were provided by the new public roof terrace” proposed, which was “considered to outweigh the harm in this instance”.

The Chipperfield scheme was redesigned with an angular cut-back on its upper floors to address the “viewing corridor issue”.

City planning officers said government heritage advisor Historic England considered the design to be an improvement on the previous scheme in terms of its impact on Fishmongers’ Hall. 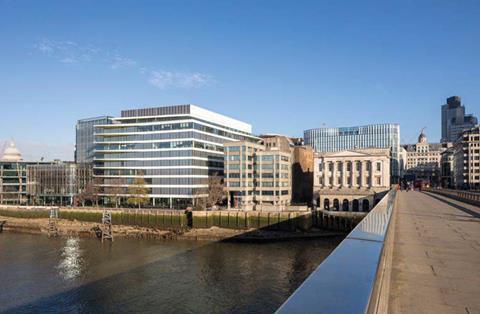 The current Seal House, designed by William Holford & Partners and completed in 1978. The grade II* Fishmongers’ Hall is to the right.

“The design approach is intended to deliver a new architectural statement on this important riverside location with sufficient gravitas to hold its own while respecting and not visually overwhelming the neighbouring listed Fishmongers’ Hall,” they said.

“It is intended to echo the architectural characteristics and materials of riverfront buildings. In this respect, the robust deep masonry grid of granite and precast concrete columns and beams creates a structural facade befitting the riverfront setting.”

Officers added: “The cast iron columns are reminiscent of those on the Thames warehouse buildings and are appropriate to a riverfront setting. The use of a bold red colour for the columns enlivens the riverfront and is appropriate alongside the striking yellow angled soffits of the neighbouring Riverbank House.”

Officers said that in comparison with the “inactive, windowless masonry wall of the existing building on the Riverwalk”, the scheme provided active glazed restaurant frontages to the south and south east, “greatly enlivening the public realm”.

The City of London’s planning and transportation committee meets to consider the application at 10am on Monday.