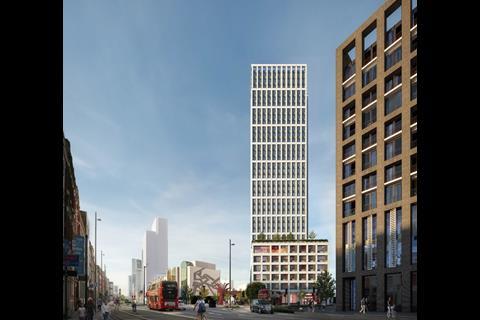 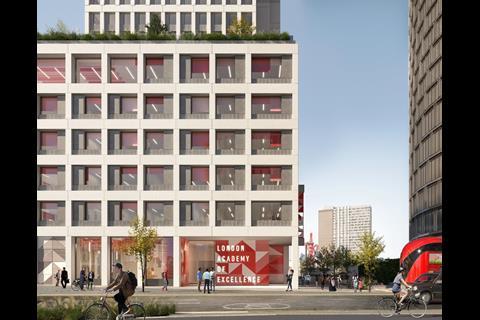 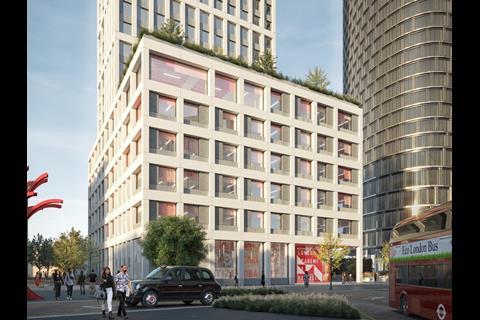 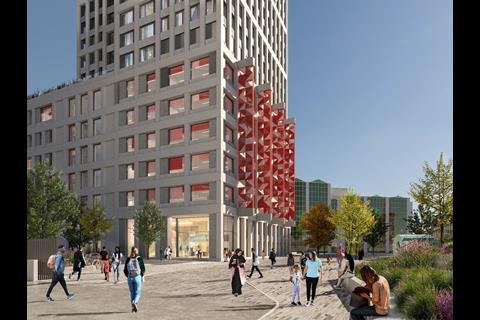 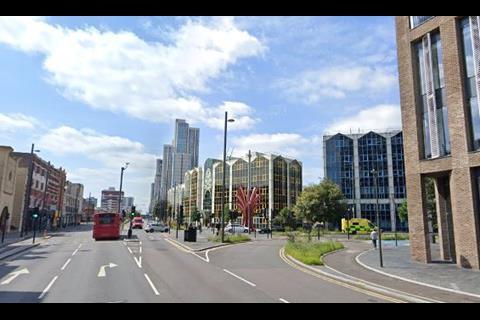 AHMM-designed proposals for a 36-storey tower in Stratford, east London, are set to be approved by the London Legacy Development Corporation.

Its scheme for developer Spiritbond will deliver new sixth-form accommodation for the London Academy of Excellence on its lower six storeys and 716 student rooms on the building’s upper levels.

AHMM’s proposals will replace a 12-storey office block currently occupied by HM Revenue and Customs at Farthingdale Walk, near Stratford station, and part of the lower-rise Broadway House development. They will also allow selective free school for sixth-formers the LEA to leave its current base at Broadway House and for that site to be redeveloped.

The new education space – a total of 8,815 sq m – will enable the expansion of the LEA student roll to 750, up from the current 480. It will also feature a sixth-floor external terrace, enabling students to go outside without leaving the premises.

A report to members of the LLDC’s planning decisions committee says the majority of the new purpose-built student accommodation will be cluster flats of up to seven private rooms with a shared kitchen, living room and dining room. 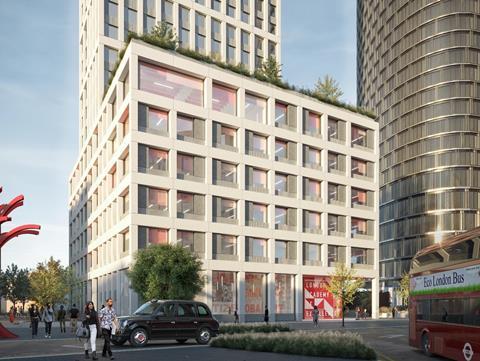 The development will also feature common rooms – including a games room, a cinema-video-and-games room, a gym, a health-and-wellbeing suite, study areas, a private dining room for 12 people, and laundry rooms.

Recommending the scheme for approval, LLDC planning officers said the glass-reinforced concrete elements of the proposals had a tone that emulated the stucco of the buildings of the nearby St John’s Conservation Area, while the tower was in the context of nearby tall buildings. They include Allies & Morrison’s adjacent 26-storey Unex Tower and nearby Stratosphere block.

Their report says the application has been extensively consulted on, with 288 letters sent to neighbouring properties resulting in 27 letters of objection. Concerns included the height and massing of the development, the impact on daylight, and the need for student accommodation in the area.

“Officers consider that the overall massing, scale and height and the scheme’s architectural treatment and material selection have been well handled and is a suitable response to the context of the site and the St John’s Conservation Area” the report said. 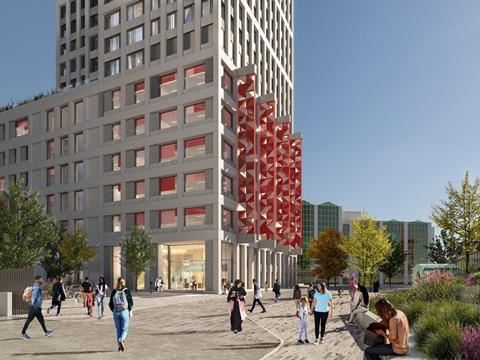 It adds that the harm to the conservation area, which contains the church of St John the Evangelist and Stratford Town Hall among around a dozen other grade II-listed structures, is considered to be “less than substantial” and outweighed the wider public benefits of the proposals.

“The design quality and associated materials of the proposed development would serve to enhance the appearance of the site and its setting,” officers said.

Officers add that the development team has the University of the Arts London as a prospective operator of the student accommodation, suggesting that there is interest from higher-education institutions in the project to justify the need for more purpose-built student accommodation in the area.

Additionally, they propose a condition requiring the retention of AHMM as project architect on the scheme. Any approval of the scheme by LLDC will also be conditional on the backing of Mayor of London Sadiq Khan.

The LLDC’s planning decisions committee meets tonight at 6pm to consider the application. 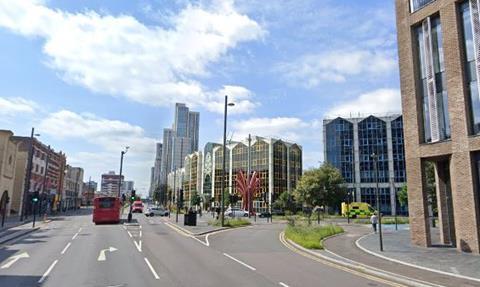