Barbi-Topia With Introduction By David Heathcote - May 9 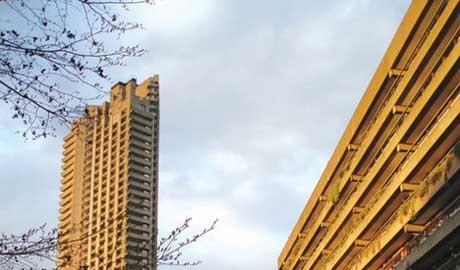 Directly influenced by Le Corbusier and built out of the bomb craters of the blitz; the Barbican is one of the world’s largest modernist developments of today. This programme is a chance to see rare archive documentaries that tell the story of the Barbican from drawing boards full of post-war visions for a new tomorrow to today.

Highlights include footage of the acres of rubble from which the Barbican rose after the war in Barbican Regained, alternative plans for the Centre in Top People and an hilarious behind-the-scenes peak at the reality of Barbican life in the 80s.