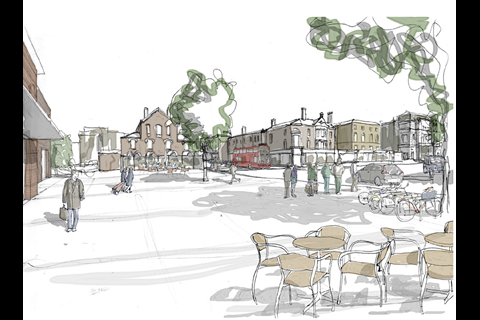 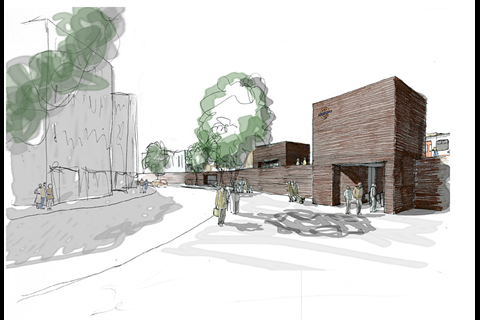 Perry Vale side of Forest Hill station (View B on map). 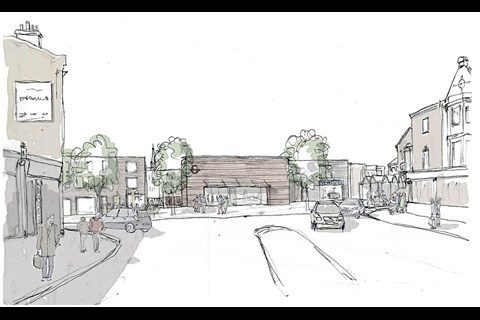 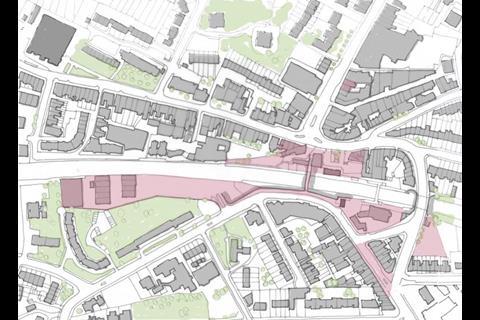 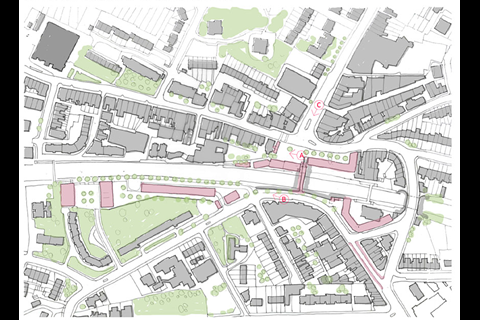 Proposed developments in central Forest Hill (Views A, B, C relate to other images).

The proposals were drawn up in discussion with local councillors and community group the Forest Hill Society. They will be submitted to Lewisham council planners and other key stakeholders in the autumn.

The plans are the brainchild of Discourse Architecture, which was set up by Thomas Ford associate Simon McCormack, along with sometime BD contributor Michael Badu, who runs his own practice, and Bruno Toneilli, partner at Italian architectural firm Studioartec.

The proposal sets out a new masterplan for the centre of Forest Hill, and includes:

“We would like Lewisham to adopt our proposals as planning guidance for the area,” said McCormack. “A number of local sites have been developed recently in a piecemeal fashion, and we want to pre-empt planning applications by other parties with this coordinated vision for the centre of Forest Hill.

“There are a number of under-used sites around the station and our proposals, incorporating feedback from the consultation, would provide a coherent framework for their development and create a congenial urban landscape.”

Key stakeholders, with whom Discourse Architecture will discuss the proposals following the consultation, include the local authority, Transport for London, Network Rail, local businesses and land owners.

For the proposal to become reality, McCormack believes “a developer would have to come forward, working with Network Rail and Lewisham council”.

He added there had been “some concern” expressed by local residents about the future of the WH Smith and Post Office on Devonshire Road, which Discourse Architecture’s proposal envisages being demolished.

“These are seen as important community facilities, and they would need to remain part of any future masterplan for the area,” McCormack said.