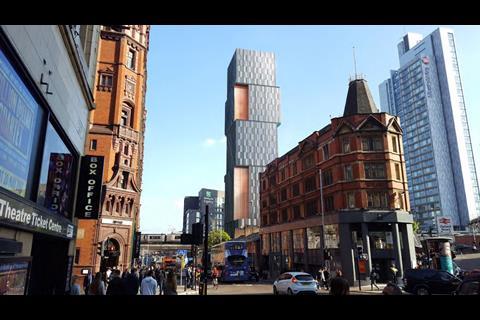 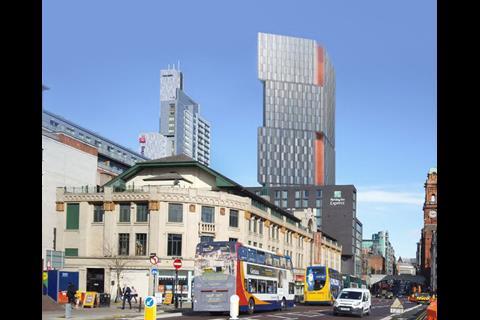 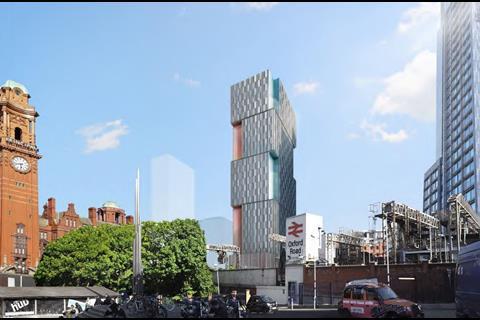 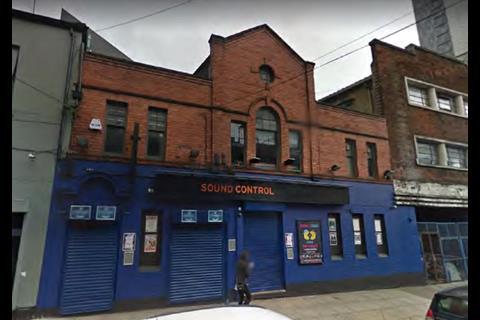 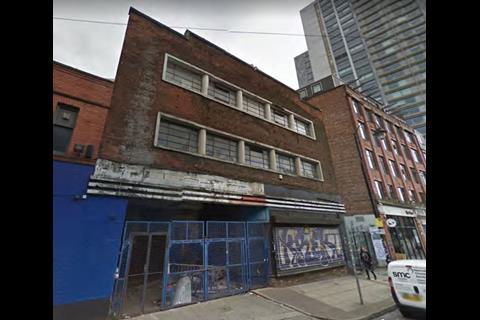 The 125m block, earmarked for a 0.08 hectare site in New Wakefield Street, will deliver a 573-bedroom scheme for developer Unite Students, but will require the demolition of two buildings – including the Sound Control music venue.

It will also be a significant feature on the city’s skyline. In pre-application advice, Historic England said the structure would have the potential to affect the setting of the nearby grade II* listed Principal Hotel, formerly the offices of the Refuge Assurance Company.

But the government heritage adviser concluded that the proposals were set back far enough from main thoroughfare Oxford Road to mitigate negative effects.

The tower is near the Whitworth Street Conservation Area and close to Manchester’s Oxford Road station, the Dancehouse Theatre, the Dalton Statue and Chatham Mill – all of which have grade II-listed status.

Recommending the proposals for approval to planning and highways committee members, Manchester council planning officers said the metal-panel and terracotta design would “have a positive impact on the regeneration” of the locality.

“The buildings would be of a high level of sustainability and the high-quality materials on the exterior of the building are worthy of a building of landmark status,” they said.

“The proposal would not have any unduly harmful impacts on the setting of any heritage assets and in most instances would have a positive impact on the Manchester skyline.

“The level of harm is considered to be less than substantial and is outweighed by the public benefits that would be delivered.”

SimpsonHaugh’s design features four distinct blocks that are offset at different angles and which rise from the structure’s podium.

They are clad with metal panels, some of which are perforated and feature openable windows behind. Each of the blocks is punctuated with terracotta-coloured fins.

The building also boasts a series of opaque glass cut-outs. 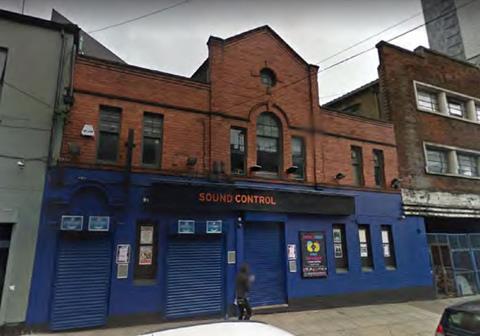