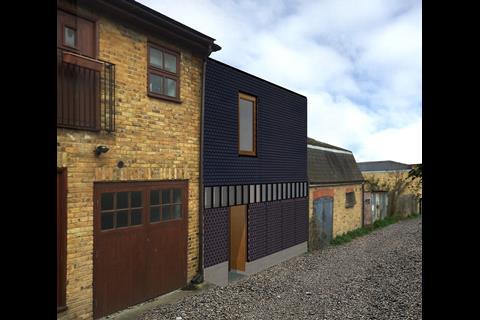 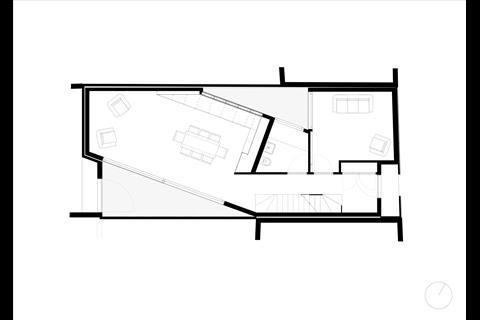 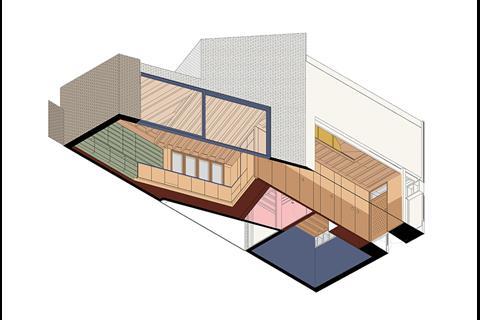 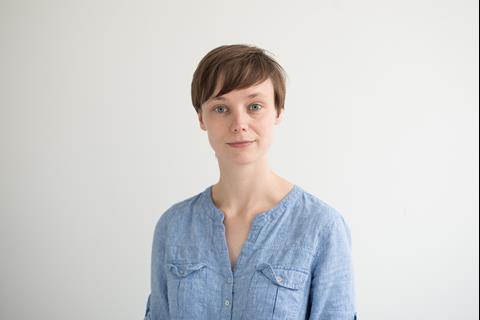 The project, on Stories Mews in Camberwell, involved a “long and tricky planning process”, said the practice.

Smith said: “As an infill development in the Camberwell conservation area, the site presented two significant challenges: the façade, which needed to make a positive contribution to a historic mews vernacular while resisting the temptations of pastiche; and a configuration of the plan, which needed to allow for both sunlight and privacy within the heavily overlooked garden landscape of Camberwell Grove.”

For the façade, Interrobang looked to historic examples of timber-framed English architecture. In towns like Lewes in East Sussex, a fashion for brickwork drove a local builder to invent the mathematical tile – a clay tile nailed and lapped like a plain tile but faced to form a brick bond.

Smith said: “These ingenious little tiles are now only made for restoration but have enormous potential as a lightweight mechanically-fixed alternative to the wet and heavy reality of modern brick construction.”

For the plan, a classic half-width rear extension was rotated 20 degrees to form two private triangular courtyards. These courtyards allow for large glass openings to run along the long elevation of the plan, providing cross ventilation and light throughout the day. The larger courtyard faces south and looks obliquely across the tree tops of neighbouring gardens. The smaller courtyard is an outdoor room that brings light and air into the bathroom, kitchen and ground-floor bedroom.

The timber structure is exposed on the interior to allow the rhythm and grain of studs and joists to express different territories of the plan. Joists are sized and spaced according to their specific span to achieve a uniform deflection across the first-floor deck.

Interrobang was founded in 2015. It is led by Maria Smith, formerly of Studio Weave which has since merged with Architecture 00, and Steve Webb and Andy Yates of Webb Yates Engineers. They are joined by associate Matthew Dalziel who comes from Haworth Tompkins and Reid Architecture.