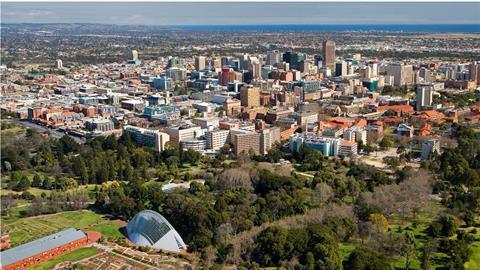 South Australia’s government is launching a worldwide search for an architect-led team to design a new building for the Art Gallery of South Australia.

The Adelaide Contemporary building is to be constructed on part of the former Royal Adelaide Hospital on the city’s North Terrace boulevard next to the historic Botanic Garden and close to the main site of the Art Gallery of South Australia.

It is expected to combine new public and cultural features, as well as create an accessible community meeting place.

The two-stage competition, which is being run by London-based competition specialist Malcolm Reading Consultants, is initially seeking expressions of interest from which up to six teams will be chosen to develop concept designs. The inclusion of an Australian-registered architect is a requirement.

The competition jury will be chaired by Michael Lynch, former director of Sydney Opera House and chief executive of the West Kowloon Cultural District. As director of London’s Southbank Centre, he oversaw Allies and Morrison’s restoration of the Royal Festival Hall in 2007.

Malcolm Reading said: “Poised between the Southern Ocean and the Outback, Adelaide is one of the most fascinating cities in Australia, and Adelaide Contemporary will be a new cultural and tourist drawcard for the city and South Australia.

“We will be looking for architects with outstanding creativity and connection with the project and will warmly welcome both global and Australian designers.”

Jay Weatherill, South Australia’s minister for the arts, said: “Adelaide Contemporary will consolidate our reputation as an arts and cultural leader and generate a significant boost to local jobs, tourism and the economy.”